“Please don’t let it be a cell.” So says Colin Warner on waking each day. But for 21 years, it is. And he’s innocent.Well, innocent of the murder with which he’s been charged and convicted on false evidence. In this based-on-a-true-story account, Trinidad-born Colin (Lakeith Stanfield) is an 18-year-old car thief whose mugshot is picked out by a tired 15-year-old boy who didn’t even witness the payback shooting – the execution, at point blank range – of another boy in Crown Heights, Brooklyn. There is no evidence other than the claimed eyewitness account but Colin is charged… and held in custody pending trial, with no real legal representation until the trial is due to commence.

First his family and friends trust the judicial system to sort it out; they are confident that it will become evident that he wasn’t there. The star witness, the 15-year-old who has been offered a substantial discount on his own armed robbery charge if he testifies, substantially changes his evidence from that which he gave the grand jury, where he nominated Colin as the shooter. The Police version, that it was a drive-by shooting, adapts to place Colin as the driver, with the shooter a younger boy. The real shooter, who is also charged, refuses to exculpate Colin, rolling the dice on an acquittal for himself, and the victim’s brother is bullied into agreeing that Colin and the victim knew each other. They didn’t. But even with these holes in the evidence, Colin is convicted of 2nd degree murder and sentenced to 15 to life. Appeals don’t get off the ground.

It’s a hard slog, both for Colin inside, and for his best friend, Carl ‘KC’ King (former NFL defensive back Nnamdi Asomugha), who never gives up trying to secure his friend’s freedom. In many respects it is KC’s film; his pursuit of justice is tireless, his loyalty extraordinary – even putting his marriage at risk by his devotion to his friend’s cause.

Colin, for his part, but a little belatedly, perhaps, studies law and drafts his own appeal papers, yet they too fail; this is no Caryl Chessman-esque story of a prisoner studying law, arguing his case and winning his freedom. When his parole hearing comes up after 15 years, he refuses to admit the crime and the parole board is not prepared to accept that his assaults on staff and prisoners could be explained by the additional stresses of being wrongfully held in prison. His application is duly rejected. He reacts by pushing away those closest to him – KC and Antoinette (Natalie Paul), an old neighbour with whom he has reconnected and has married in prison.

But these setbacks simply lead KC to find another way; he goes back and reinvestigates the crime. He and a competent and committed attorney, William Robedee (Bill Camp), trace the original witnesses and are able to provide the appellate court with overwhelming evidence of Colin’s innocence. Colin is released, after those 21 years, in 2001.

The film is set against a political backdrop in which being tough on crime has undoubted electoral power; successive Presidents Ronald Reagan, George Bush Snr and Bill Clinton are all shown solemnly avowing to keep violent criminals locked away, and New York Governor George Pataki is shown at his inauguration in 1995 advocating the abolition of parole and asserting that “violent felons belong in jail.” The impact that this political climate has on law enforcers and parole boards and appellate courts and prisons is palpable… and, the film clearly suggests, is a contributor to miscarriages of justice such as this.

While the story is one of a struggle to overturn a wrongful conviction and the price paid for that miscarriage, it also raises uncomfortable questions about how prisons (and parole boards) deal with prisoners who steadfastly maintain their innocence. An acknowledgement of guilt by serious offenders is of course critical to the effectiveness of their treatment and a sense of remorse; prison authorities and parole boards are never able to assume from prisoners’ protests of innocence that they are indeed innocent – and not simply refusing to accept personal responsibility for a violent act. For those who are truly wrongly convicted, however, their treatment post-conviction will almost certainly compound the injustice. Such is the complexity of these uncomfortable questions, no answers are offered.

This is a nicely-crafted and poignant film. And sobering, in so many ways. 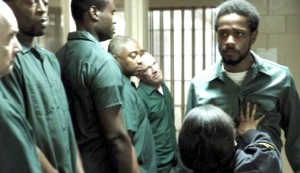 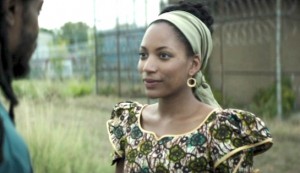 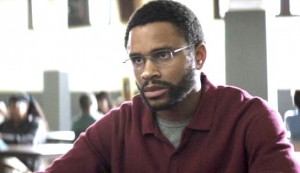 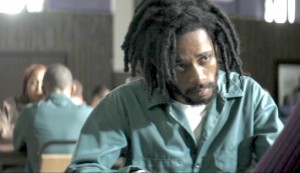