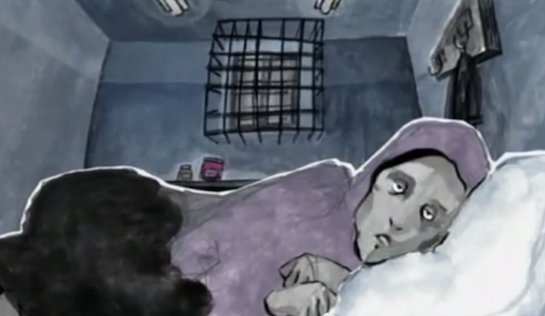 Claudiu Crulic is a man of principle. Not a hero, the film’s director Anca Damian is at pains to note, at least not in the way he lived. But a man prepared to die for what he believed.

Crulic is an animated film, and an extraordinary and powerful one.

It tracks the true story of a Romanian man who, in 2007, was detained in Poland on suspicion of having stolen a judge’s wallet and having relieved him of €500. Crulic had been making a living by buying goods in Poland and selling them in Romania. He and his girlfriend Lica had been suspects in a similar case two months earlier, and links were made to suggest that they were responsible for this one as well.

Crulic, however, was on a bus to Italy at the time the theft of the judge’s wallet was alleged to have been committed. Unable to get the authorities to listen or check out his alibi, he went on a hunger strike. He managed to contact the Romanian consul in Warsaw, but was told simply that he should place his trust in the Polish justice system. Polish authorities, meanwhile, continued to tell the Romanians that he was in good health at a time when his health had already deteriorated alarmingly.

The prosecution was not at all interested in following up his claim that he was on the bus, even though there were documents suggesting that he was on it, because they could not immediately track down a witness to attest to him being there. His preventive detention was extended beyond the initial 3 months for another 2 months, and it took until he was dangerously ill for them to get a court order to force feed him and then, after his detention order was revoked in January 2008, move him from the Kraków prison hospital to a proper hospital. By that stage his condition was irreversible and he lasted just 16 hours after his transfer, having been over 100 days on his hunger strike. He was 33.

The deceased Crulic here narrates his own story, which starts with his mother and sister having trouble identifying his emaciated body, and then courses through his childhood and his abandonment by the Polish justice system, health officials and the Romanian consular system. The animation, which mixes techniques and graphic styles, is in turns whimsical and documentary, but is consistently superb. It is very often detached as Crulic might himself have been, providing a bird’s eye view of him as he lies in his cell, sometimes in foetal position as his voluntary starvation takes hold. We get glimpses of the prison life that goes on around him, but not for long; his fight for justice and his physical deterioration are at the centre of everything.

An unusual and exceptional film, and a tragic story. 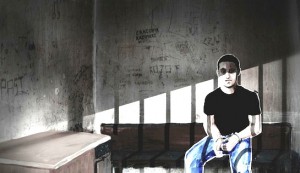 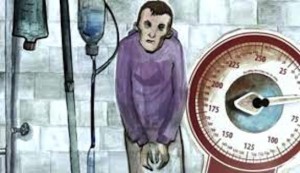