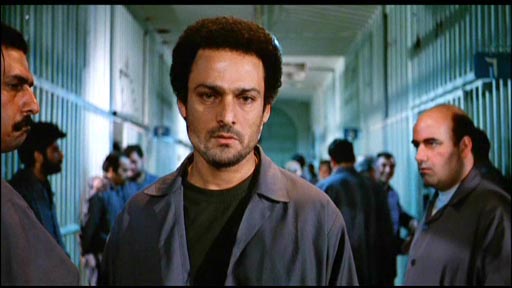 Mansour Ziaee (Hosein Yari) comes from a little village in Iran’s north, where his family farm sheep. He convinces his parents and his newish wife to sell up and start a new life in Tehran, where they all squeeze into a tiny house. Mansour can work as a welder, but is told by his boss that there is no more work, and to stop ringing him. He’s called a villager, an idiot. His dreams are dashed; he feels betrayed. The next time he sees his boss, on a city street, his picks up a brick and smashes his head in. He is sentenced to death.

In keeping with Islamic law, the victim’s family must attend an execution-day meeting with the condemned man, at which they get to determine his fate. Or her fate. They can approve the execution taking place (and if so, must carry it out – in true ‘eye for an eye’ fashion), or may seek financial compensation instead, leaving sentencing to the judge. Or they can even grant a pardon. Twice previously Mansour’s victim’s family have failed to show up on the appointed day. He goes through the pre-execution medical check a third time, and is again pronounced fit to hang. But yet again the victim’s family fail to show; this time, there is a death in the family and they advise that they will be unable to attend during their observation of 40 days of mourning. Mansour returns to his cell, his agony further prolonged.

Our sympathies are with him already, even though he has committed a brutal and stupid murder. They shift further towards him; he has dragged his whole family to Tehran, only to have let them down, and now he is being tortured by the failure of his victim’s family to attend his execution. We don’t know if they’re repeatedly delaying the meeting just to torment him. We do know that he has to mentally prepare himself for what could be his final day, only to be let down three times and to be forced to go through it all again. It takes its toll on him, and on his family, who can’t bear to remain in Tehran and return to their little village. His wife is 9 months pregnant. He is wretched; tries to kill himself. He says he doesn’t want to see them again; it causes too much pain.

Filmed at the Ghasr Prison, it’s a wonderful portrait of prison life. Mansour’s colleagues celebrate his return from the gallows, assuring him that they won’t execute him after yet another no-show. Mansour can’t share their optimism; can’t allow himself to think that way, not for a minute. The guards are awfully understanding, even after he attacks one of them. “The North is great!” the forgiving attackee says when Mansour tells him where he hails from. That doesn’t help; it’s not something of which Mansour needs to be reminded. Meanwhile, prison life goes on vibrantly all around him, refusing to be weighed down by the horrible uncertainty of one man’s wait. 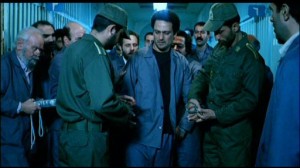 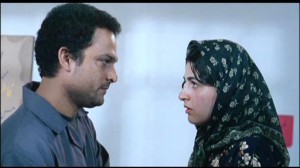