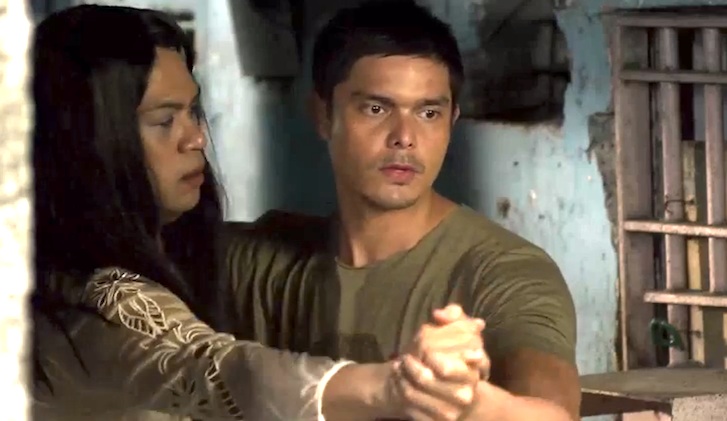 I think nearly everyone has seen the YouTube clips of the dancers from the Philippines’ Cebu Provincial Detention & Rehabilitation Center. Because of those clips I expected this film – which I knew had been based around the prison’s stunning dance-based reforms – to be essentially a dance film… with a few dramatic threads attempting to hold it together. I couldn’t have been more wrong; to its credit (and no doubt its commercial disadvantage), it’s a prison drama with just a few dance routines woven into it.

The film is said to be ‘inspired by’ true events at the Cebu jail – a prison with its own economy and both men and women living together. Much of the filming took place there and 750 of its inmates were used as extras and many of them appeared in the dance scenes.

At its heart are three prisoners: Franklin Parish (Patrick Bergin), a 27 year veteran fireman from America, convicted of the murder of a teenager to whose assistance he went after he’d been stabbed by others; Mando (Dingdong Dantes), a young dance instructor convicted of killing his gay dance teacher who made an unwelcome overture to him; and Allona (Joey Paras), a flamboyant transsexual who describes himself as a gay man.

Each is suffering. Frank: an innocent man in prison, widowed after his wife of 15 years was struck by a truck and no-one came to her aid, and an almost compulsive helper of people. Mando: drawn to dance by his mother, but fearful of disclosing his love for it through the influence of his violent, homophobic father. And Allona: vulnerable in love. They are the good guys.

But the prison has a dark side. Between them, the corrupt, ambitious Deputy Warden Diaz (Gabe Mercado) and his favoured prisoner Dong (Thou Reyes) run the show. After the warden is fatally stabbed, Diaz expects to take over as a matter of formality. But instead a new reformist warden is installed – Rodrigo Yumul (Ricky Davao), who initiates a range of programs to allow prisoners to better themselves, including a fitness program – with Allona out front, utilising Mando’s choreography – which leads to the dance routines which achieve astonishing popularity with the inmates.

Diaz and Dong get a little jealous of the popularity of Yumul and the prisoners he has on-side – and Dong makes no secret of his desire to harm Frank, Mando and their cellmate Gudo. Diaz arranges for 20 prisoners to escape to discredit his boss, and a disturbance is organised in which Diaz stabs Dong and lays the blame on Mando. All programs are immediately suspended, Yumul resigns in disgrace and the prison is in danger of going backwards unless the good guys can get heard.

As much as the film is concerned with this battle between good and evil, it deals with some different themes when it explores the three protagonists’ struggles – including Frank’s embodiment of the phrase, “No good deed goes unpunished” and Mando’s seemingly delicate and complex sexuality. Sadly, the bad guys are a little more two-dimensional.

But the film is clearly proud of the prison reform brought about by Warden Yumul – sufficiently so for the real-life Cebu Province Governor, Gwen Garcia, to appear in the film, playing herself, standing solidly behind his approach. Garcia’s real-life brother Byron, appointed by his sister as the prison’s head, is credited with introducing the dance regime and bringing their performances to worldwide fame. Maybe in the portrayal of Deputy Warden Diaz there is a political score to settle, in addition to serving as a prison administration counterpoint.

Worth a look – on several levels. 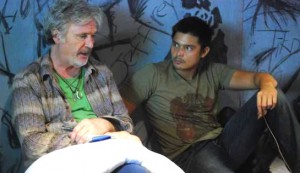 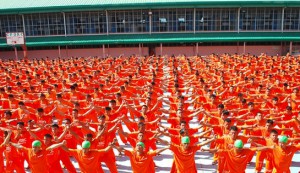