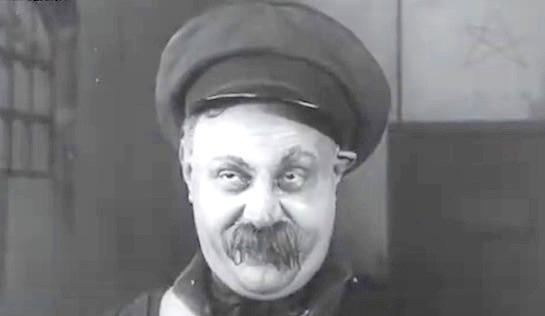 German audiences of this silent wartime farce would have been very familiar with the storyline, borrowed from Johann Strauss’s operetta Die Fledermaus which had opened more than sixty years before the film’s release. What was a merry 8-day prison sentence in Die Fledermaus becomes a single day’s imprisonment here, adding to the merriment.

Man-about-town Alex von Reizenstein (Harry Liedtke) is the Gabriel von Eisenstein character. He has been over-indulgent in his partying, and not for the first time, it seems. A warrant is sent to his home: ‘Due to scandalous behaviour on the evening of the 24th to the 25th, you are sentenced to one day in jail’, directing him to surrender himself to the jail at 8.00pm that evening. Which, once he sobers up, Alex plans to do – until he receives a note from a friend expecting to see him that evening at a ball held by Prince Zsbrschowsky. He immediately puts his jail term on hold and heads off to the ball.

His wife Alice (Kitty Dewall), meanwhile, is resisting (but not too strongly) the attentions of a suitor, Egon Stroch (Erich Schönfelder). When the prison warden arrives at the von Reizenstein home to execute the warrant, Alice implores Egon, with whom she is having a careless drink, to play her husband rather than compromise her. He does, and is led off to jail.

The exquisitely-dressed Egon is placed in a cell with two other prisoners, who quickly conclude that he is either a big shot or a con artist. He produces a pack of cards, and there are soon quarrels about cheating – requiring the attendance of the gaoler, Quabbe (Emil Jannings), who is progressively getting drunker throughout his shift.

Back at the ball, Alex is having a fine time and is joined by both his wife (who has discovered the note and determines to test her husband’s fidelity by attending incognito), and their feisty maid, Mizi (Agda Nilson), who in response to a trouble-making invitation ‘borrows’ one of Alice’s gowns. Alex is soon flirting with both women. He is a little uncertain about whether the woman who claims to be a countess is in fact Mizi, but is somehow unable to detect that the masked woman is his wife. “Are you married?” Alice asks him. “Do I look that dumb?” Alex laughs. Alice stealthily removes his wedding ring from his pocket.

The next morning, Alex, still drunk and stumbling towards home, is told by a policeman to move on. “That’s easy for you to say,” he says. Asked for ID, the warrant for his detention is found and he is led off to prison – where the person being held as von Reizenstein is about to be released. A little chaos ensues. “It was nice here. I enjoyed myself,” Egon says as he farewells the two other prisoners, with whom he has been having a grand old time.

Egon brazenly returns to the von Reizenstein home to renew his dalliance with Alice. Alex kicks him out – fortuitously into the path of Mizi, who is just returning from the ball, having resisted the approaches of a much older man. Alice forgives Alex after revealing the wedding ring, and Egon and Mizi, having bounced into each other, happily head off together. No harm done.

Despite the film’s title, this is not a prison movie. For all of that, it’s a benign prison with benign prisoners and a benign (if sozzled) gaoler, in what is a very benign film. 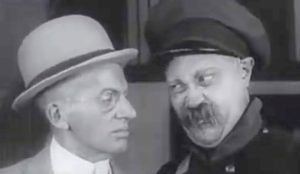 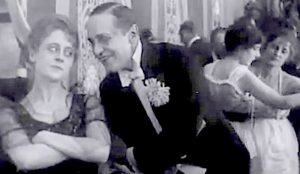 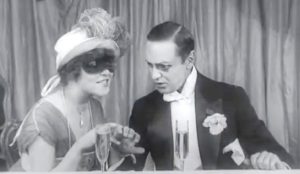 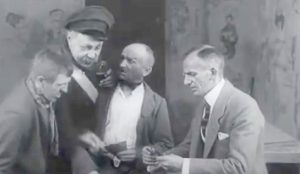 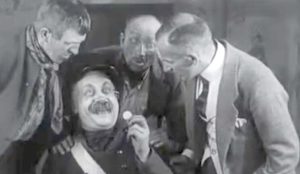 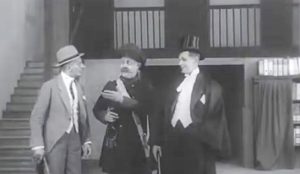