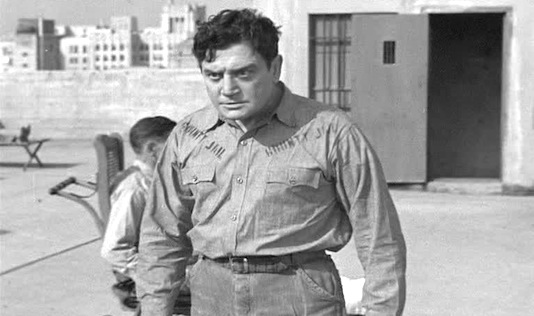 This is not quite a morality play, but it’s not far removed from one: the two high-living adulterers both come to sticky ends while the poor-but-honest workers prosper and find happiness. And the wrongdoer who goes to jail, but remains true in his heart, gets a second chance. Ahhh.

This is a Depression-era picture, but in any era John Day (Richard Dix) and his beautiful wife Dorothy (Madge Evans) are living well above their means. They are unable to even pay the milkman, but Dorothy continues to buy expensive dresses and throw lavish parties – for which Mr Day pays by embezzling money from his firm. He is arrested but is unable to pay for a lawyer to defend him.

In desperation Dorothy turns to John’s stockbroker friend George Hollins (Conway Tearle), who has been flirting outrageously with her at her husband’s birthday party, and Hollins pays for a top class lawyer – who promptly succeeds in getting Day two years in the county jail and well out of the way. Dorothy is further indebted to Hollins when he gives her a job (much to the chagrin of his secretary, Kate, seemingly a discarded love interest) and lends her a new Packard when her own car is repossessed.

Day does his time well enough in prison (an early model high-rise jail located on the eighth floor), making a good friend in career criminal Hart (Raymond Hatton), one of several prisoners with whom he muses about the fidelity of wives. He is confident that his beloved wife will wait for him, as she writes to him every day. The old hands are not so sure.

Back at home, Mrs Day is rarely seen; she is more often working or out being entertained by Hollins (who is more than 30 years her senior, or at least Tearle is more than 30 years older than Evans). The simple but fiercely loyal and good-hearted maid, Mamie (Una Merkel), picks up the pieces; running the household, taking care of the Days’ two children, reminding Mrs Day to write to her husband, and brushing aside the attentions of Jerry (Stuart Erwin), the honest, faithful (and unpaid) milkman.

Things come to a head when Kate, furious at the latitude Hollins is giving Dorothy, calls him on it. He promptly sacks her. She avenges what is palpably unfair treatment by sneaking up on her former boss and Dorothy, canoodling in his apartment, and shooting her rival dead; a mild over-reaction. The Police find Kate and Hollins grappling over the revolver, and put them both in jail; Hollins right next door to Day, who has just found out about his wife’s murder from the front page of the newspaper.

Predictably enough, Day launches into an attack on Hollins, who is left with head injuries and is sent to the hospital. The other prisoners report that Hollins ‘fainted’, and later, when the grief-stricken Day is weakened by not eating for four days, no-one thinks to avoid putting them together in the same ward. Day tracks down Hollins on the sun roof. They fight. Indeed, they fight so magnificently that it ends with them grappling each other while both hanging with one hand to window bars and dangling over the street, many storeys below. The fight ends with Hart (a trusty in the hospital) helpfully assisting Hollins to lose his grip, and he falls to his death.

We care not what happens to John Day’s buddy Hart, but we care what happens to John Day and his kids, and to the sweet Mamie. Upon release Day is reunited with his children at Jerry’s mother’s place in the country, and Mamie agrees to marry Jerry and the good guys have had a decisive victory over the baddies. It is all as it should be.

The jail scenes are very much of a different era. They may have been different even in 1933; the distinction between the supportive criminal brotherhood depicted in the county jail and life in the penitentiary, which Day is spared, is made very clear. Well, not everyone is supported, but even when Day stuns a big lug by punching him on the jaw, they shake hands and make up before anybody gets into trouble. Hollins, as he fell to his death, probably had reason to feel less supported.