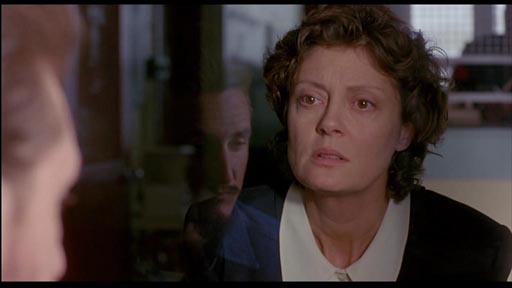 Maybe this isn’t a real prison movie, either. But it’s one for which Susan Sarandon won an Oscar for her portrayal of the dedicated Sister Helen Prejean, who in real life was a Roman Catholic nun who served as spiritual adviser to a killer on Death Row at Louisiana’s Angola State Prison.

This film is based on the book she wrote of that experience, but not that particular prisoner. The Dead Man Walking is Matthew Poncelet (an excellent Sean Penn, pure white trash) who, with another man, pulled a courting couple from a parked car in the woods, raped and killed the girl and murdered them both. He writes to Sister Helen asking her to visit; she does. Motivated only by trying to follow Christ’s example, she extends support to the unlikeable Penn but gets no support herself from the prison’s priest, is knocked about when the dead kids’ parents abuse her for taking the killer’s (and his family’s) side, and is again flattened when the African-American community in which she lives temporary cast her aside when Poncelet starts spouting Aryan nation nonsense.

There’s part of me which struggles to understand why the film won terrific reviews. It may be that we don’t have the death penalty here, and this was a film that tried to present a balanced picture of issues that have meant less to us (in Australia) post-1967. Perhaps US critics found it brave and honest because it avoids both too much sentimentality and the more predictable dramatic options of Prejean proving his innocence, or falling in love with him, or saving him from his lethal injection. Instead, it concentrates on the two parties in the relationship; Sister Helen fulfilling her Christian duty amidst doubts and criticism, and Poncelet,  whose cockiness, macho posturing, and even his flirtatiousness are gradually broken down to reveal his fear and guilt.  It’s a solid film, no doubt, but it must have been a poor year in 1995 for lead female roles. 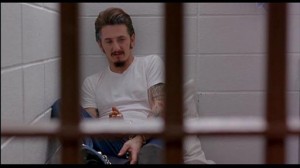 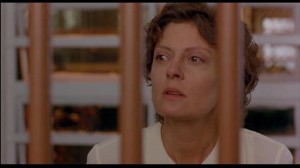