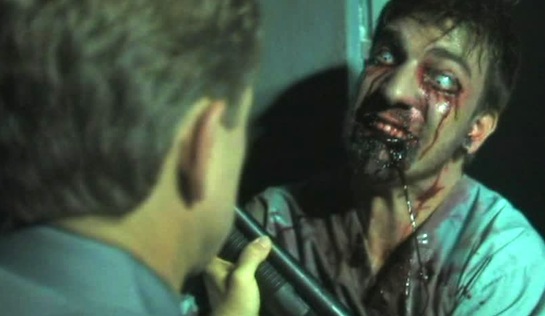 I’m not overly conversant with the horror genre, but I think that what this movie is trying to say is that it is a horrible job being a prison warden.

Put yourself in Dead Men Walking’s Warden Mahler’s shoes. To start with, the prison you have to run – the Harwood Maximum Security Prison – looks (for good reason) just like the dilapidated, closed-for-40-years Lincoln Heights Jail; a security nightmare, one would think. To make your job harder, it seems you also have to implement an apartheid policy, with no non-white staff or prisoners allowed anywhere on the block – a tough and unhelpful restriction, surely.

Then you receive a new prisoner, Travis Dee (Brandon Stacy) who has just killed four people, and despite the Center for Disease Control knowing that he has an extremely virulent blood-borne infection, nobody tells you, the warden. When a CDC representative, Samantha Beckett (Bay Bruner), turns up at the jail, you might reasonably expect her to act sensibly and authoritatively around extremely virulent infections… but, no, she takes no precautions whatsoever. Following her example, all your staff wander around the prison without any form of personal protective equipment, despite rapidly increasing numbers of prisoners projectile vomiting blood, and despite all those sprayed with the blood almost immediately becoming ill themselves.

Then the guard who you ask to entertain your young son (whom you have quite reasonably allowed to come into your unpredictable maximum-security prison to visit you), has no idea about keeping children occupied and keeps dragging your precious boy into danger zones. Your other staff persist in carrying firearms when interacting with prisoners, despite you no doubt having told them again and again that they might be easily overpowered and have the weapons used against them. And they are so lacking in common sense that when they come in contact with infected blood they don’t even bother to wipe it away. Where can you find decent staff these days?

You can also be horribly unlucky. The bio-toxins that Travis Dee has introduced into the prison can take either minutes or hours to incubate in a newly infected person; then they kill you – after which you come back to life as a flesh-eating zombie. If luck were on your side most would take hours, (just as Dee’s infection took many, many hours to surface), and you might have some chance of isolating and quarantining those who are infected and containing the spread of the virus. But no, all your prisoners and all your staff become zombies within minutes. Who would be a warden?

This is a low-budget, high-entrails film. The gore is wonderfully over-the-top in places, and fortunately nothing is taken too seriously. As Beckett arrives at the prison, past its unconvincing cyclone wire gate and into its cheap-and-nasty reception area, she says what we all are thinking: “This is a maximum-security facility, isn’t it? … It looks a bit in disrepair.”  Nice. But an endearing self-awareness of your shortcomings doesn’t remove the shortcomings; it remains a poor excuse for a bit of anthropophagic-gorging and disembowelling.

On the other hand, it might serve as a useful emergency management training film: to demonstrate what not to do in the event of a pandemic or an invasion of flesh-eating zombies. It’s not good for much else. 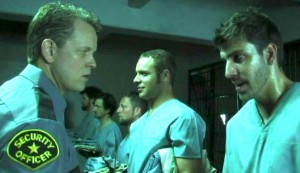 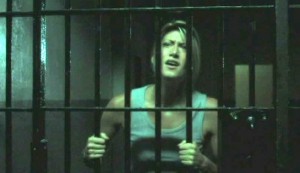