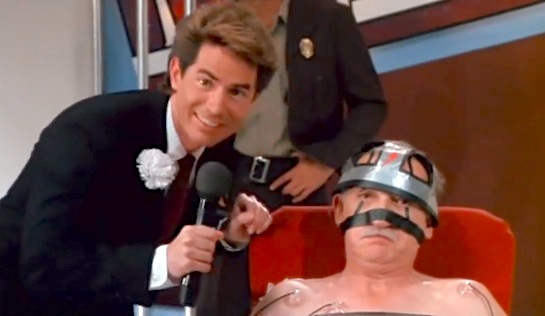 The premise sounded promising, if a little in poor taste: a game show involving Death Row inmates competing for stays of execution and prizes for their grieving relatives. The odds are stacked rather heavily against them (which means that they will almost certainly be killed ‘live’ on TV), yet “these people are already on Death Row,” the host reminds us. “Their lives are basically over. We give them a chance, a way to be somebody… a way to be entertaining before they go.”The game show, ‘Live or Die’, is the brainchild of host Chuck Toedan (John McCafferty), and it has plenty of fans. It also attracts its fair share of hate mail – from bleeding hearts who are outraged by its exploitation of the inmates for entertainment and its on-screen executions, and from those whose family members have died on the show with less dignity than a traditional execution might have ordinarily allowed.

In the former category is Gloria Sternvirgin (Robyn Blythe), a name presumably designed to bring Gloria Steinem to mind as a notorious opponent of people having a good time – a single gag that depressingly sums up the humour overall. In the latter category are the ‘family’ of condemned Mafia boss Mr Spumone (Mark Lasky), who had died strapped to a chair and wired up to an instrument designed to detect any stirring in his genitals while a stripper disrobed before him. Mr Spumone had successfully negotiated the stripper, but when Chuck placed a congratulatory hand on his shoulder the movement sensor instantly registered and triggered the crime boss’s electrocution. Maybe that better sums up the humour overall.

One of the Mafiosi who believes that Mr Spumone didn’t deserve such humiliation in his final moments is Luigi Pappalardo (Beano Agundez). After several other would-be-assassins have somehow failed to kill Chuck, hit-man Pappalardo takes it upon himself to confront the game show host at his studio office, taking along his elderly mother (also played by Mark Lasky) who is keen to see a completely different game show which is taping in another studio. Gloria also happens to be in Chuck’s office, complaining about a death threat in which she was linked to him. Luigi takes a liking to Gloria and temporarily sets aside his plan to kill Chuck in order to take her to lunch, more or less at gunpoint, while his mother heads off to ‘Make a Big Deal’.

Sadly, Mama Pappalardo, who is wearing a costume which bears a striking resemblance to an Arizona Death Row uniform, strays onto Chuck’s set by mistake and ends up being bumped off in the manner of most ‘contestants’. Chuck and Gloria have to work hard to ensure that the grief-stricken Pappalardo is not able to immediately avenge the death of his mom. In doing so, of course, they overcome their distaste for each other and, in traditional rom com fashion, finish up tasting each other instead.

This is the sort of film that might be a cult film if it were either marginally better, or even more awful. Its only connection to prison is a number of loosely connected sketches about ways in which you might entertainingly kill a person dressed in a prison uniform, and the creative uses to which you might then put the body of an executed felon.

Could it do harm by suggesting that people on Death Row are nothing more than disposable commodities with no personalities? Not much, one suspects; my guess is that the film has had the size audience that it has deserved. 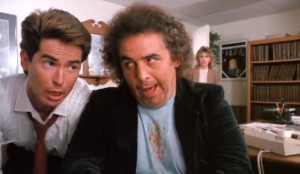 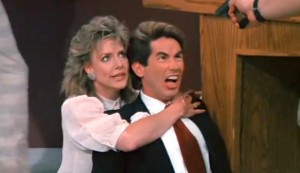