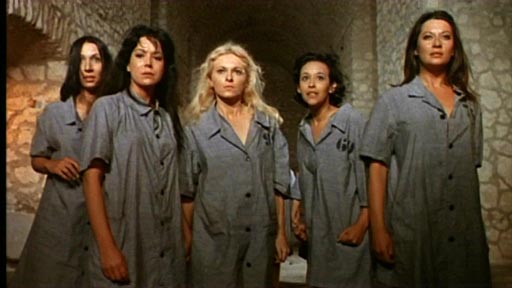 Literally ‘The Hot Death’, and an absolute shocker. Made by a director who apparently went on to make some ‘legendary’ exploitation movies, this is a boring, limp-scripted, horribly acted, and uninspired effort.

Ninety-nine women in very short tunics and from a selection of different European countries are imprisoned on a half of a remote island in a big castle. The Oscar winning (!) Mercedes McCambridge plays the confused-accented Superintendent Diaz, who reigns by terror (one is led to believe, because you see very little of it) and also procures prisoners for the male Governor who runs the men’s prison on the other side of the island.  Fortunately we don’t see much of this, but the relationship between the two reminded me oddly of Nurse Diesel and Dr Montague in High Anxiety.

On her first night in the prison one woman, Marie, twice calls for medical attention for a heroin-withdrawing fellow prisoner and gets placed in the slammer for 14 days, chained to the wall, for repeated insolence. Enough said.  After the heroin addict dies a new, caring Superintendent is brought in, but she foolishly lets Diaz stay around to show her the ropes.  Marie mistakes the new Super’s humane interest in her for a sexual interest, takes advantage of the reduced night staffing levels and escapes with two others across a swampy jungle that appears out of nowhere, hoping to link up with the male lover of one of the trio.  It turns out he got shot in his escape bid, and his girl also meets a nasty end, getting run down, raped and killed by male prisoners from a work gang.

The other two women get recaptured and are returned to the prison for punishment, where the prisoners revolt (well, just run round in large numbers, really), forcing the new Super to concede that her more humane approach doesn’t work and she departs, leaving Diaz back in charge. 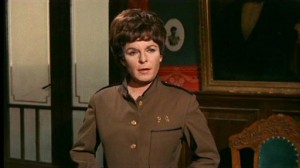 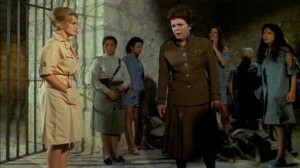