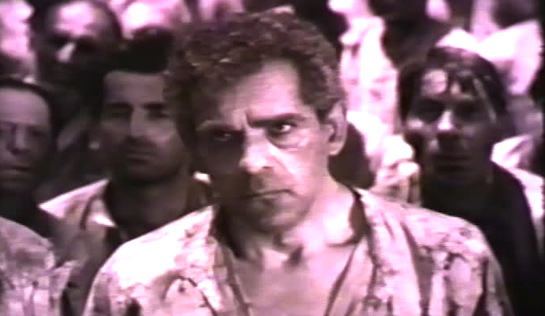 A remake of the 1926 silent film of the same name, Devil’s Island also shares a lot in common with The Prisoner of Shark Island (1936), Those High Grey Walls (1939) and the later Hellgate (1952); all have the chief protagonist providing medical assistance to a wounded reprobate and then being charged with being an accomplice. The hero in this one, however, seems less a victim of circumstance.

Dr Charles Gaudet (Boris Karloff) is the physician in this case, charged with treason after racing to the assistance of a old patient, just himself convicted of treason, who has been shot while escaping from custody. Gaudet gets 10 years in the French penal colony, which ensures that he remains fairly grumpy for the duration of the film.

Upon arrival at Devil’s Island, Gaudet is seen to be too clever and is immediately treated as a threat; Colonel Armand Lucien, the man in charge of the penal colony and its regular guillotinings, quickly sets about putting him in his place. But Gaudet refuses to be quieted. He continues to protest his innocence, complains about the medical treatment (or lack thereof) afforded one of the inmates, and is part of a group of prisoners who revolt, resulting in one guard being attacked with a shovel. The revolt is short-lived. Lucien determines that all the rioters will be executed.

But then Lucien’s young daughter is badly injured in a fall from a buggy, and the colony’s resident doctor, Dr Duval, admits that the only person who can save her is the resident brain surgeon, Dr Gaudet. Lucien’s initial response is to deny a life-saving operation to his daughter rather than ask a prisoner for a favour, but Madame Lucien (Nedda Harrigan) intervenes, and the Colonel relents. Gaudet insists that if the daughter lives, not only his life be spared, but the lives of all the other skirmishers as well; Lucien reluctantly agrees.

The operation is of course a success. Gaudet’s escapes execution, but is nonetheless thrown in ‘the pits’ as punishment [an indoor hole in the ground with a grate over the top, as opposed to the breezier outdoor model seen in Condemned! (1929)]. He is thoughtfully let out of his pit to witness the execution of the shovel-wielder, Pierre; the Colonel having gone back on his word once the guard died of his injuries. Gaudet bribes his way to an escape, taking five others along with him for the ride – but the getaway boat runs out of fuel and they drift in searing heat until being rescued – by the prison ship en route to Devil’s Island. Gaudet is just about to be executed when the new Minister for Colonies steps in, grants him a full pardon and arrests Lucien for misappropriation of funds, and more. Hourra! Justice is finally served – unless you hold the view that any decent man would have called the Police in addition to tending to the injured escapee.

The producers seem at pains not to offend the French, noting at the start that the story is “purely fictional” and that all this happened many years ago. “A modern understanding of penal administration has brought a change. Today humanity makes easier the burden of correction. For modern France is committed to the task of remaking men… not breaking them.” That’s not exactly the message that you get from Women of Devil’s Island (1962), but it’s good to know anyway. 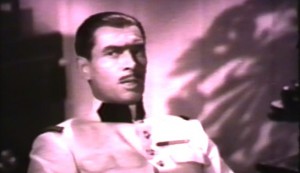 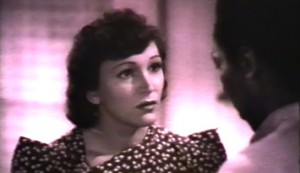