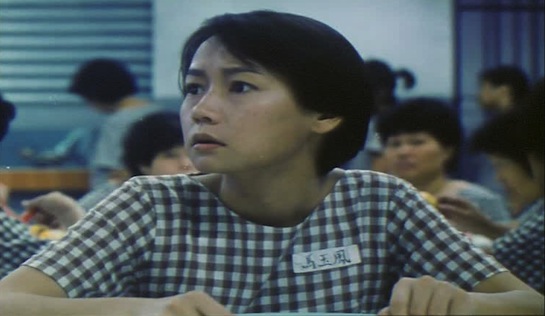 This is, quite frankly, a pretty ordinary film. I have, however, given it an extra half-star for containing the only punishment I have seen, on film or elsewhere, involving a prisoner being forced to wear three large teapots.

Ma Yuk Fung (Season Ma), or Yuk for short, is a sucker. She’s smitten, and willingly takes the rap for her boyfriend, Robert, on a drugs possession charge. She has known Robert for just two months but is required to know the inside of a prison for six.

She is clearly a novice and is immediately set upon by the tougher girls, but gets by with the help of the pregnant 5354 (Meg Lan), and later by ‘Crazy Bitch’ Winnie (Carrie Ng), a fighter who spends much of her time in solitary. Robert has asked Yuk to look up Winnie, but for some time we’re not sure why, and have to endure a lot of flashbacks to get the picture.

We see Winnie as a hooker who hooks up (outside her professional practice) with a bloke, Yung (Andy Lau), who turns out to be a cop working undercover in a triad. With Yung’s help Winnie overcomes her drug addiction and is desperate to move to Canada, but Yung wants to clean up the triad first. Before he can, he is betrayed by his best friend and killed. Grief-stricken, Winnie pursues his killers and guns down quite a few of them; Robert is one of those she misses.

Back in the present, Yuk is of course torn between her love for Robert, who badly wants Winnie killed, and her loyalty to Winnie, whom she knows very differently.

The rest (other than a mildly surprising ending) is standard prison movie fare: corrupt guards who allow certain prisoners rule the roost, a poor little rich girl who can’t cope (and who is made to suffer the teapot ignominy), a willowy gang leader curiously dubbed ‘He-Man’, all-in fights, the odd stabbing, Winnie’s honourable opposition to the ruling gang, and the prisoners’ adoption of a cute, scrawny kitten. And, naturally, the triumph of true friendship in adversity.

Unless you’re a teapot aficionado, you need not be distressed if you miss this one. 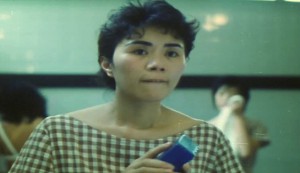 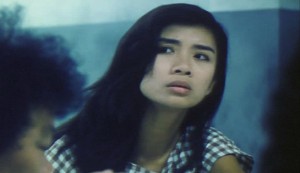 And the prize for the most extraordinary punishment involving three teapots is: 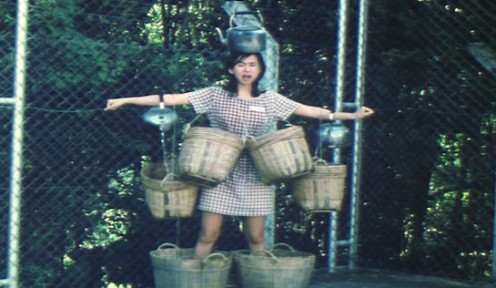