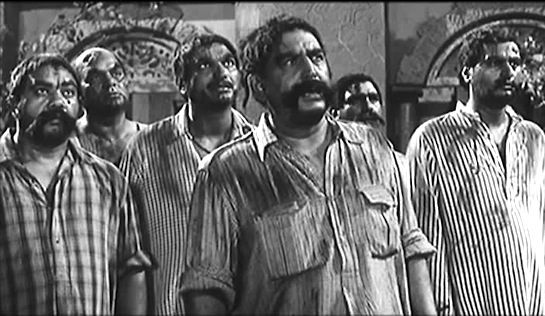 There are a few other movies with exalted prison officials [Men of San Quentin (1942) is the first that springs to mind], but none that I can recall – other than this one – where a guard is given godly attributes.

The two eyes in this story belong to that godly young jailer, Adinath (Rajaram Vankudre Shantaram, here directing himself); the twelve hands to six murderers whom he is given permission to take from jail and manage on a secluded, run-down farm called Azad Nagar. It is a big experiment – and not one supported by Adinath’s Superintendent, who spends nearly all of the film eagerly awaiting news of its failure.

It doesn’t fail, of course. But it doesn’t always go smoothly, as you would also expect. There are petty jealousies when one prisoner, Kishan, is allowed a visit from his two boys and the farm ‘adopts’ them rather than further burden Kishan’s frail mother with them, and the other prisoners then want their wives and children, too. They are so incensed that they plot to murder Adinath, then escape instead… only to turn back when they are reminded of Adinath’s fearful stare when they gaze upon Krishna’s eyes in a small temple. Later, on their first unescorted trip to market to sell their produce, they get drunk and, upon their return, try to rape the sleeping Champa (Sandhya), a young toy-seller and minstrel who wanders by the farm, does the big musical numbers, and intermittently cares for the two boys. As a measure of how much more ‘human’ the men have become, we are told, they are bitterly ashamed the next day and seek her forgiveness.

Their biggest test comes when they next return to the market, and are confronted by a gang of stick wielding men, employed by the chief seller at the market whose prices the Azad Nagar men are undercutting. The prisoners don’t fight back, knowing that Adinath would not approve if they did, and are severely beaten. As his next move the chief market man sets out to ruin his opposition at Azad Nagar by running a herd of cattle through the crops and setting the fields ablaze.

There are plenty of things to like about the film; it has a joyous, goofy humour throughout that even makes the big melodramatic finish less grating. The prisoners are largely comical; to emphasise their lack of humanity at the start, they all appear as bug-eyed savages in chains. On their first day at the farm they find they can’t sleep unchained and tie themselves up to make themselves more at home, and when Champa first walks by they wrap themselves in a barbed wire fence to ensure proper self-restraint. They exorcise some of their demons through hard work, and it’s good that they do, because one of the men has already killed two children and to have any of the murderers kill Kishan’s two boys might have placed Adinath’s judgment under serious scrutiny. Despite their momentary murderous relapse when they see themselves being unfairly treated by Adinath, they maintain a child-like loyalty to him.

And so it should be. Adinath is portrayed very much as a god-like figure. He forgives an early knife attack on him by Kishan, and then forgives all the men’s other lapses and misdemeanours. He is fatherly, humble, firm, brutally honest, courageous and prepared to sacrifice his reputation and worldly goods on the savages in whom he has placed his trust. His stare is said by the men to be “a dungeon incarnate” – so withering as to make them weak in the legs. In the film’s climax, his eyes appear out of the heavens to guide the men on their way.

It is a blithely optimistic film, leading us to believe that there is redemption in even the worst of criminals. But beware: it is long (a whopping 2 hours 22 minutes) and one needs to be well prepared for a lot of singing, a lot of eye-boggling, and an awful lot of veneration. 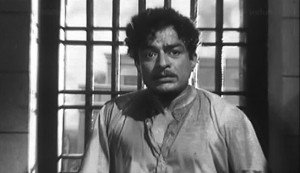 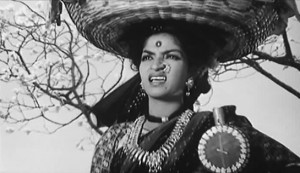