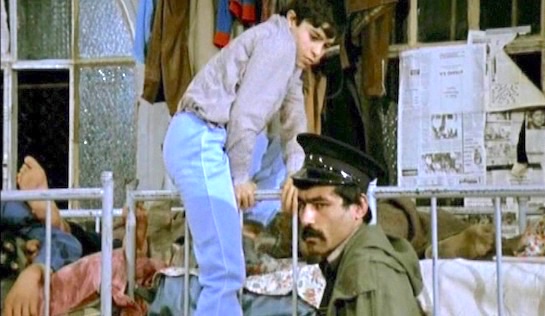 Having been very critical of Midnight Express for its xenophobic vilification of the locals, I was keen to see a slightly more trustworthy portrayal of the Turkish prison system. And the two films are different; while Midnight Express has not one prison guard who is neither corrupt nor brutal, Duvar has… one!

Its writer and director, Yilmaz Güney, spent a considerable period of time in Turkish gaols, first for writing left-wing novels, harbouring anarchists and such things, and later for killing a judge at a nightclub. So he should know what he’s talking about, but he might also have had cause to want to toss a few hand grenades in the direction of the Turks – from the safety of France, mind you, where the film was made and to which he had fled after escaping from prison in 1981.

For all of its depiction of the horribleness and brutality of the penitentiary, which contains men, women and teenage boys in separate sections, it’s also strangely dispassionate. The film focuses mainly on the boys, housed in a big dormitory, mistreated generally and terrorised in particular by one especially vicious guard, Cafer. Sadly, in the detailing of all the various degradations and humiliations, character development is left somewhat underdone, particularly in the first half, which reduces the impact of several of the more powerful scenes – such as where the screams of one boy are broadcast across all sections of the prison as the soles of his feet are being beaten (he had recited a mildly subversive poem to the other boys), and where a female prisoner and her lover, all set to be married and sent off with dances and celebrations by the other prisoners, are tricked and taken away to be executed.

Even in the second half, when a vulnerable 14-year-old boy (who has been raped by Cafer but is too frightened to report it), gets shot and killed in a pretty futile attempt to escape, one is inclined to think that perhaps it wasn’t such a bad choice that he made. But there are plenty little things to like as well: balletic images of armed guards training in the misty surrounds of the prison, the tone with which a visiting high-ranking official dismisses all complaints he receives, the ordinariness of the way the prisoners fill up their daily lives, the broken bottles on top of the walls to deter potential climbers, the friendships borne of shared hardship and a common enemy, the betrayals, the constant weighing up of whether to rebel against the harsh conditions or to simply submit to avoid the certain recriminations. And just to underline how life goes on (not entirely as normal, perhaps), a real baby is born, smack bang in the middle of it all, in extraordinarily gynaecological detail.

As a film that invites us to condemn the treatment meted out to all inmates, it is fascinating but perhaps unreliable. Is an apology to Midnight Express in order? Not just yet. 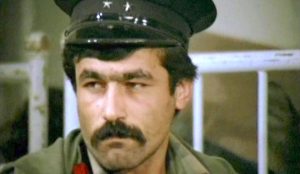 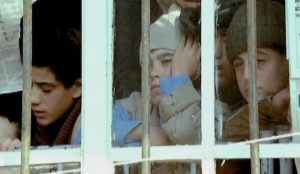 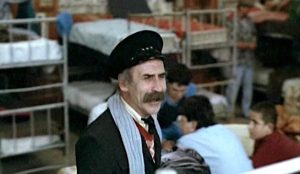 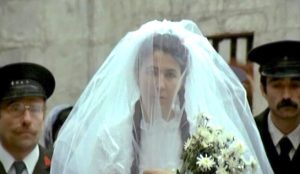