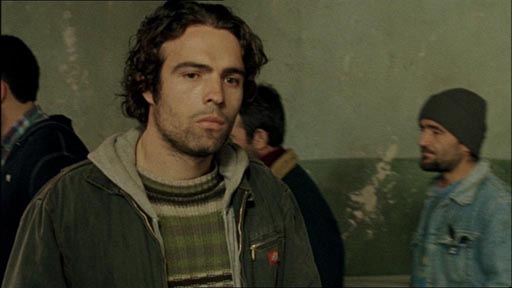 Eduart (Eshref Durmishi) is a young Albanian who travels to Greece, hoping to become a rock star. He has the looks, but not the talent, it seems. To keep alive, he thieves. He also hustles. At a gay bar, he is picked up and taken home by a rich bloke who is not really his type. He is caught rifling through this bloke’s desk, but that seems to not to dampen the older man’s ardour once an initial attempt to get him to leave is out of the way. Eduart, more appalled than panicked, strangles him and flees.

He flees home to Albania. It’s not the warm welcome he might have wanted, because he hasn’t kept in touch for several years. It turns out he’d also emptied out the cash register at his mother’s workplace before he left, causing her to lose her job. His ex-Army father is a hard and unforgiving man, and immediately puts him in to the Police. Eduart finds himself in jail.

It’s not the most comfortable jail ever. It’s filmed partly at Skopje’s Shutka Prison in the Former Yugoslav Republic of Macedonia, which conceivably is not the most comfortable jail ever. Eduart is dropped into a small dormitory-style cell with a couple of heavies whom he can’t escape. And with whom he fights over important things like dinner bowls and soccer tackles. It’s tense. Mind you, the prisoners seem to be able to get in plenty of liquor and drugs to help them relax a little.

Eduart manages to upset the heavy crew once to often, and in true prison-movie-style they respond by sodomising and stabbing him. His life is saved by a German prisoner, Christoph (André Hennicke), a former doctor serving a life sentence for murder. Not only does the good doctor save his life, he saves him (once he’s better) from having to return to the same cell where his enemies still live (it must be a very small prison, with just one option for men such as Eduart), by allowing him to stay in the clinic and work as his assistant.

But Eduart’s motivation as a medical aide is not exactly altruistic. He refuses to help a old prisoner who is about to soil himself, because his moaning has been disturbing his sleep. He refuses to medicate and change wound dressings for one of his old enemies because, well, he is an old enemy. Christoph, who through his work is exorcising some demons of his own, angrily confronts Eduart with his selfishness, his lack of guilt for his crimes, his lack of care for others, his lack of compassion.

The rest of the film tracks the rapid awakening of Eduart’s conscience and nascent humanity, through a riot (part of the January 1997 riots that swept through Albania with the collapse of pyramid investment schemes), escape, and more. It might be a slightly unlikely epiphany, but the film is saved by some honestly drawn characters, some compelling performances, a nice grittiness in its prison scenes, and some stunning cinematography. 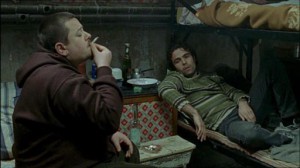 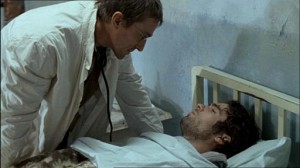