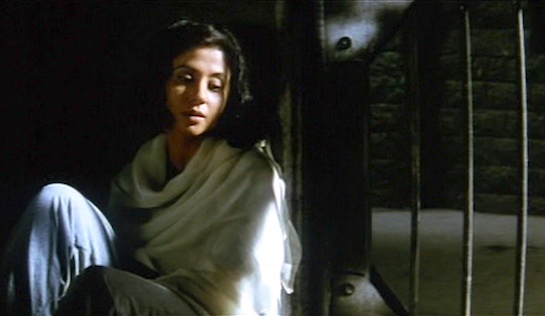 This is sort of a Hindi version of Brokedown Palace (1999), but where Brokedown leaves lots of questions, this answers the lot.

Sarika (Urmila Matondkar) is a beautiful young woman; a bit old-fashioned, chaste and reserved. A good girl. No doubt voted ‘The Least Likely Ever to be a Gangster’s Moll’ in her final school year. But she finally falls for the smooth and monied Karan (Raif Ali Khan), or rather relents after he has pursued her, chased down a robber to retrieve her purse and rescued her from men of ill-intent. They are in lurve, or so it seems. Then Karan asks her to look after a mate of his; the mate turns out to be a hit-man and leaves behind a suitcase with guns and other incriminating stuff. Sarika gets caught red-handed trying to dispose of it, and by keeping Karan’s name out of it (at his request) gets a 7-year whack after Karan and his lawyer mate keep promising her that they have it all sorted and she will walk free. She finally twigs to the fact that Karan’s a crook and she’s been set up, and she decides to do something about it. And there it departs from Brokedown.

The prison scenes are not unlike the US film, but are a bit less pleasant and there’s a bit more traditional prison conflict. They were filmed, it seems, at two Mumbai prisons (Arthur Road and Thane Central) and the Yerwade Central Prison in Pune. Other than the odd rat, the two-out cells seem comfortable enough, and there is only one nasty type, whom Sarika fights. This hardens her and propels her into combat mode. She lights a fire as a diversion and escapes in the ensuing confusion, and then goes looking for Karan, intent on revenge. It turns out that this is something she excels at. By the end of the film there are dead gangsters’ (and one lawyer’s) bodies piled up everywhere. There aren’t really enough prison bits to warrant it being called a prison movie, unfortunately, and as an action movie it’s a bit formulaic. But satisfying. 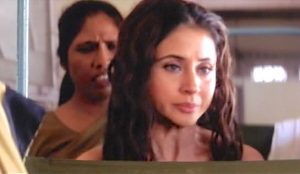 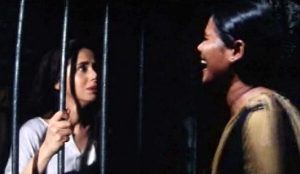 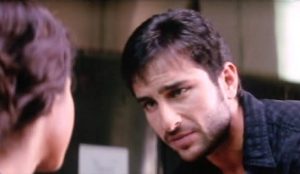 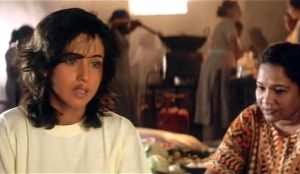 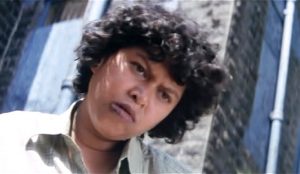 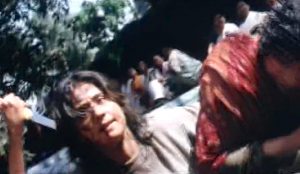