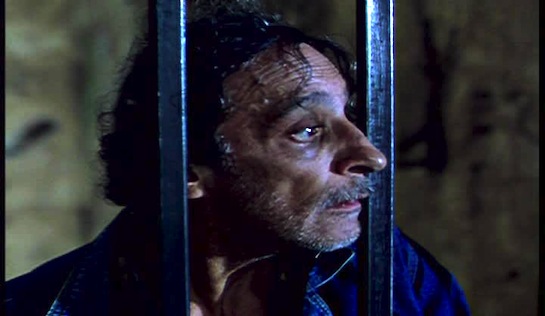 Director Beto Gómez apparently shot this, his first film, in just seven days for $50,000. “(Back then) I thought making a film was just about grabbing a camera and shooting”, he says of making El Agujero. None of this might fill you with confidence.

It is an affectionate portrait of an older man, el Pachuco (or ‘Seedy’ in Spanish; Roberto Cobo), who, in the days leading up to ‘The Day of the Dead’ holiday, returns to Patzcuaro, his home town in Mexico, after thirty years of struggling to make a living in the US. He has dreamed of this homecoming, but he is nothing but a sozzled old man and the hero’s welcome will remain a dream forever. He gets hopelessly drunk with his friend Chavita (Jose Luis Pimentel) and they stagger out into the street, only to be picked up by the Police and thrown in jail. Chavita soon gets bailed but Pachuco waits… and is joined by a number of others, who each tell their stories of how they arrived there.

At least, that’s what appears to happen; the promised-English subtitles did not eventuate, and my Spanish lacks similar promise.

Gómez is reported as having wanted to show ‘losers who have resisted being losers’, people who ‘at least take pride in trying.’ If there’s a moral to this movie, he says, it is to ‘fight for your dreams and hold them, hold them through to the end of the round.’ Pachuco doesn’t seem to get out of his hole, unfortunately. 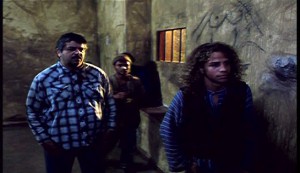 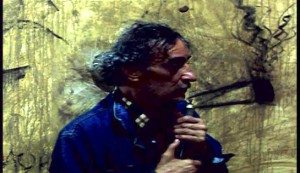