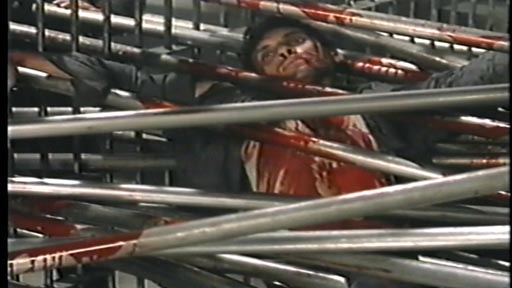 Unfortunately it’s a bit hard to rate this film when you can’t understand Spanish and there are no English sub-titles, but it should rate very highly in the cult status stakes.

Most of the action takes place in Mexico City’s feared Lecumberri prison. Three drug-addicted prisoners obtain drugs from the mother of one of them, but they are discovered and locked up in the ‘apando’, the dreaded punishment cell. Protests over the treatment of the three men would appear to result in a very messy confrontation with staff, involving the most extraordinary immobilisation method imaginable: the offending prisoners are trapped in a secure grilled runway and have so many metal poles poked through the bars (like giant pick-up-sticks) that they are entirely hemmed in, bloodied and disabled. The film also contains one of the most lurid (or perhaps just lewd) stomach tattoos on celluloid, and one of the least believable internal examination scenarios.

Maybe it’s better without understanding a word of what’s going on. 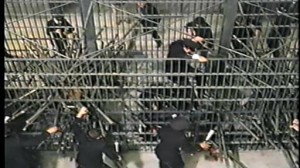