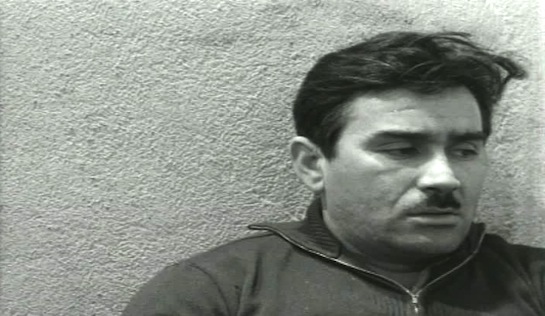 Prison is civil; life less so. That’s one message from this film which, based around the true story of one awful crime in August 1960, traces the journey of an itinerant alcoholic from his deprived, miserable childhood to his execution by firing squad.

Half the film is over before we get to see the inside of a prison for the first time, and when we do, it provides a stark contrast to the world that Jorge del Carmen Valenzuela Torres (Nelson Villagra) has left behind. It is non-judgmental, purposeful, a place where God is present. These are not things that he has been used to.

Jorge has had a tough life. He begins walking the roads at eight years old. He is taken in by one family, but remains an outsider. He moves on, works for a while, and moves on again. In his late 30s he stumbles upon a widow, Rosa Rivas (Shenda Roman), living in a humble shack with her five children. He is invited to stay, and stay he does until she is evicted without warning. Jorge, Rosa and the five children set up camp in the open, in the middle of nowhere. Jorge continues to drink. In a moment of drunken rage he attacks Rosa with a hoe, killing her, and then kills the four oldest girls by beating or strangling them. He places stones on each of the bodies. He wakes the next day to discover what he has done and, before running away, crushes the crying baby with his foot.

It is not long before he is tracked down and arrested while dancing in a restaurant. He goes to the prison in Chillán; it is a refuge from struggle, from an aimless existence, from a life of which he later says, “I was just passing”. He gets cleaned up, shaves, is dressed in new clothes. He kicks a football and smiles for the first time. His progress towards rehabilitation is charted in a section of the film entitled, ‘Taming and Education’. He is tamed and educated; he learns to read, learns Chilean history, converts to Catholicism, weaves baskets, hand-crafts guitars. Prison offers him the stability that his impoverished life outside could never do; he becomes productive.

After the sentence of death is pronounced, the film becomes even more documentary-like. He is even interviewed at length by a reporter, whom he tells that he killed the children “so they didn’t suffer, the poor ones”, and speaks with a fondness for his mother that maybe she didn’t deserve. We see, in minute detail, the preparation of the soldiers for the execution; deliberate, slow, methodical. We see Jorge with his priest, calm and no longer bewildered, and we are forced to ask – setting aside the horror of the crime – does it make sense to execute a man who has reformed, or at least been transformed, by his prison experience?

If you’re looking for a film that demonstrates what a difference it makes when the most basic of Maslow’s hierarchy of needs (food, shelter, safety) are met, then this may be it. It’s a very different picture of prison to most prison movies. 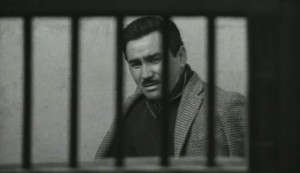 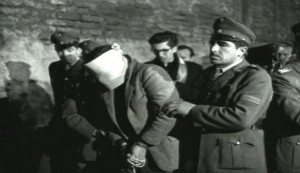