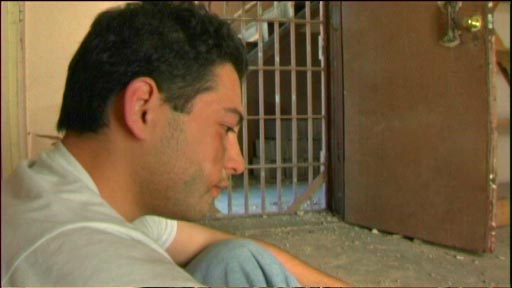 The Director of this Spanish-language, low-budget movie calls it an ‘amazing story’ and its publicity proclaims that making a movie of the escape was ‘the only option’.  Wrong, on both counts.

It starts off OK. Andrés De Los Santos, wracked with guilt, throws up by the side of the road. You presume he’s done something really terrible. It turns out that he and his mate, Chava, driving from Texas to Mexico for a bit of fun, are nabbed at the border with three rifles in the boot of their car.. having forgotten about them from the previous day’s hunting. They both get arrested at gunpoint, charged with firearms smuggling, and thrown in the clink. Chava is soon released after Andrés testifies that his friend knew nothing about the guns.

Andrés has some heavy hitters on his side. His godfather is a feared, rough ‘n’ tumble defence attorney and his uncle a TV news producer. But their influence and bribes only manage to get Andrés moved from prison to a hospital, where at least he gets to sleep (albeit handcuffed) on a bed and be cared for by a mini-skirted nurse. Everyone agrees that escape is preferable to serving 10 years in prison, which seems his likely whack. No moral dilemmas there.

He manages to pull off the escape with ridiculous ease. He is assisted by a genial guard, who doesn’t insist on the handcuffs because Andrés and his family have treated him so well, and then Chavas and another mate turn up in the middle of the night, gain unchallenged entry into Andrés’s room, place sleeping pills in the guard’s pizza and enable Andrés to walk out while the guard is sound asleep outside the door. They then go through the border control point, back into the US, without too many tense moments. Not so amazing, after all.

Let’s be honest: it’s terrible. The script is awful. It relies on ‘volunteer’ actors (presumably because they couldn’t find conscripts), who – the Director admits – could only say their lines one at a time, so you only get some semblance of continuity through very heavy editing. It’s such a low-budget set that a barred door is the only clue that we’re in a prison, and the ‘volunteers’ are clearly in such short supply that the prison population extends to just one other prisoner.

I’d hoped that El Escape De Los Santos was about a daring, real life escape from some abominable Los Santos Prison. Instead you get an amateurish home movie about a kid named De Los Santos running away from a hospital. I feel cheated. 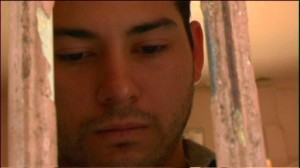