There are few prison movies as patently and transparently allegorical as this. In fact, I can’t bring another to mind that comes close. And it’s almost as hard to think of a movie prison that shares fewer features with prisons as we know them; but an intriguing prison it is.

For a start, it accepts people who volunteer to be locked up. Goreng (Ivan Massagué) is one such person; his claimed motivation for wanting to spend six months inside is that he is guaranteed an accredited diploma at the end of it. We won’t go into what that says about the value of academic qualifications.

Despite going through an assessment process and signing on, Goreng is supremely ill-prepared for his prison experience. The prison in which he is lodged is a huge tower of several hundred floors. On each floor there is just one spartan cell, with nothing in it other than a toilet, basin, two beds… and a giant hole in the middle. The floors are numbered from the top down. At Level 0, a team of chefs prepares a banquet each day to exacting Michelin-type standards, and the platform on which the feast is laden descends through the hole, stopping briefly at each floor to allow the prisoners to eat. Those on the top floors dine exquisitely; by the time the platform reaches the lower floors every crumb has been devoured. Then, at the end of each month, the prisoners are all gassed and while incapacitated are moved by unseen workers to another random level. Oh, I forgot; prisoners are also allowed to bring one item into the prison with them, and keep it.

Goreng starts on Level 48. He carries with him a treasured volume of Don Quixote. His cellmate is an older man, Trimagasi (Zorion Eguileor), who is serving a 12-month sentence for manslaughter after he threw his TV out the window and killed an illegal immigrant below. Trimagasi’s personal possession is a large-bladed Samurai-Plus knife. At Level 48 there is still food on the platform when it arrives – meagre leftovers from those on the 47 floors above – so they can eat. No guards intervene in their daily lives; the only people the two men see, through the hole, are the prisoners immediately above and below them… and a beautiful, wild woman, Miharu (Alexandra Masangkay), who rides down on the platform, looking vainly for her child whom she believes is on one of the lower levels.

Goreng awakens after his first monthly floor change to find himself very securely trussed up. They are on Level 171 and there is no prospect of any food being left on the platform; Trimagasi, who has been on low levels before, has ensured that there will be no resistance should he need to cut strips of flesh off Goreng if he gets hungry. In that context the knife he has brought with him proves to be of marginally greater utility than Goreng’s classic literature; nearly everyone, it seems, has brought a weapon of some sort. Things start to get bloody.

And so it continues, the scenes getting gorier and gorier as it becomes evident that the only way the starving, dehumanised prisoners on the murkier lower levels can stay alive (particularly if they happen to get two low floors in successive months) is to eat their cellmates. Occasionally people throw themselves into the hole, but mainly it is people from the upper levels, it is suggested, because they have so little to look forward to.

Goreng somehow manages to survive and is later paired (on Level 33) with another volunteer, Imoguiri (Antonia San Juan), who pleads with those below to only eat what they need, to allow those further down the line to eat. They abuse her, but start to listen when Goreng threatens to defecate over all their food if they ignore her. Goreng finds himself relocated to Level 202 at the month’s end.

Next, when teamed with yet another prisoner, Baharat (Emilio Buale), at a level obscenely high up in the food chain, the two men settle upon even stronger plan of attack to get food to those in the depths; a last, desperate shot at ‘breaking the machinery’ of the uncaring, greed-engendering system.

Galder Gaztelu-Urrutia’s film is a biting commentary on the world order, where the haves consume far more than they need, leaving none for the have nots. Goreng, a naïve everyman, has done nothing wrong to be swept up in this, but swept up he is, and he is one of a very small number who want things to change; almost all others revert quickly to looking after themselves, gorging themselves on good fortune when it arrives, and never giving any thought to whether, by being moderate in their appetites, there might be sufficient to share with those less fortunate.

While it was not the film’s intent, it was also impossible to avoid noting its special poignance at the time I viewed it – the rapacious stockpiling of grocery items as the Coronavirus restrictions were announced still being fresh in the memory; more evocations of the greed and selfishness of the haves, and the desperation of those left with nothing.

A fascinating, novel film. Not a great deal about the regular jail experience, perhaps – although the dog-eat-dog theme has some resonance, as does the prisoners’ battle between being their best selves and doing whatever is necessary to survive. Great food for thought.

But I don’t think that allowing prisoners to bring their favourite gun or knife with them will catch on. 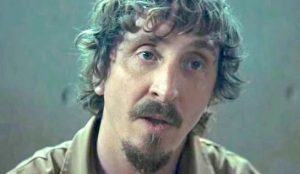 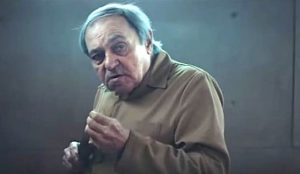 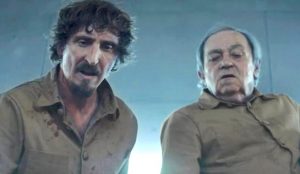 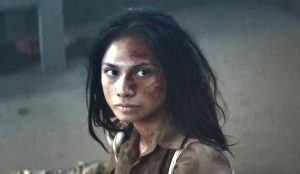 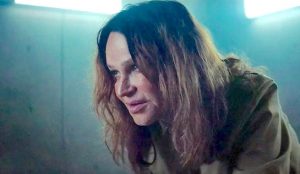 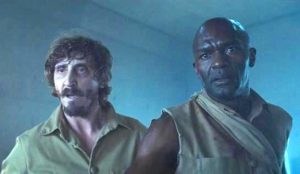