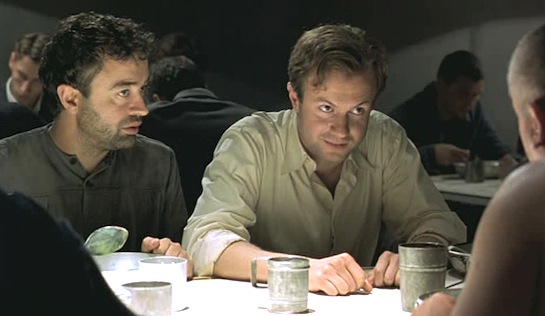 Santiago de Compostela, Galicia, 1936. Spain is about to plunge into civil war, and an unlikely romance between Daniel Da Barca (Tristán Ulloa), a charismatic Republican doctor, and Marisa Mallo (María Adánez), the daughter of a wealthy businessman who has quickly thrown his lot in with Franco’s rebel Nationalists, is beginning to blossom.

Ahead of their military coup, the fascist rebels have started collecting intelligence on leftist leaders. The troubled, resentful Herbal (Luis Tosar) volunteers to tail Dr Da Barca, who is fond of making big speeches in support of Galician women’s right to vote. He reports back on all of Da Barca’s political activities, which he opposes, but is struck by the depth of the love that he has witnessed between the doctor and the beautiful Marisa, whom the impoverished Falangista has doted on from afar since childhood.

It is not long before Da Barca is rounded up and put in prison, along with other supporters of the democratically elected government, communists and other assorted opponents of Franco’s men. Many of the prisoners are executed extrajudicially, and all are resigned to the likelihood that they may soon be taken from the prison and shot. In the interim, the prison finds work for Da Barca to do in the medical centre, helping out a morphine-addicted doctor and his assistant, an improbably young and beautiful nun, Mother Izarne (Anne Igartiburu).

Although the film is a love story, in many respects it is also Herbal’s story, recounted by him decades later. It is Herbal who picks up the carpenter’s pencil used by an artist who was summarily executed in the prison, and who retains it as a symbol of all that happened during the Falangistas’ reign. And it is the conflicted, haunted Herbal who spares Da Barca’s life on several occasions despite his allegiance to the Nationalist cause. It is Herbal who doesn’t call for Marisa’s arrest when she tries to smuggle a gun into Da Barca, and it is Herbal who is repulsed by the cruelty of his high-ranking brother-in-law Zalo (Nancho Novo), particularly when his violence is directed at his sister, Beatriz, and it causes him to doubt his mission.

Marisa, meanwhile, never gives up on her love, even when Da Barca tells her not to visit him, to forget him and to get on with her life. She resists her father’s attempts to partner her with a young Falangista. After she cuts her wrists in despair, her father sends her with letters to his influential colleagues asking, he tells her, that they work towards having Da Barca released; in fact, the letters do the opposite.

Da Barca’s only hope is in the possibility that, as a citizen born in Mexico, he might be able to be swapped in a post-coup exchange of prisoners. Again, Herbal is far more than a spectator in what transpires until fates intervenes in his life as well.

While most of Da Barca’s screen time is spent in the prison, it is hard to categorise this as a prison movie. Yes, many of the familiar themes and symbols are there: the slop served as food, the rats and cockroaches that infest the men’s cells, the courage shown by the strangely upbeat prisoners in the face of brutality – refusing to be cowed as their numbers are depleted, and the conflict of the one guard whose conscience obliges him to be accountable for his actions. But the film’s heart is elsewhere; it is in the story of the romance that fights to survive the brutality, and in its depiction of the impacts of the broader political insurrection that is sweeping the country.

Despite its grimness, it’s an oddly triumphant – and worthy – film. 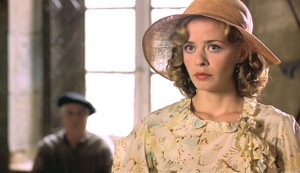 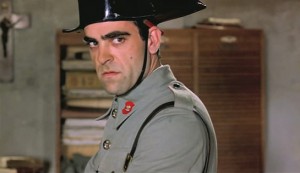