I watched this film with, I’m sorry to say, less than perfect comprehension… after the failure of several pathetic attempts to find good English subtitles. I was a little bemused to subsequently find a reference in one review to a duck in the prison, which I thought I’d missed, only to learn that it resulted from the translation of the mistranscribed ‘El pato de mi cárcel’. Sadly, outside of English I am always finding ducks or missing them (whichever is wrong).

Director Belén Macías’s first film, El patio was filmed at the Guadalajara Prison, near Madrid, and inspired by the story of the Yeses Theatre Group that started with a number of women prisoners in the Yeserías Prison in 1985.

At the film version’s centre is Isabel (‘Isa’) González Frechoso (Verónica Echegui), a self-sabotaging, drug-addicted mother of a young daughter, serving time for an armed robbery on a bank which she happily committed undisguised. She is more comfortable in prison that out, and on her return to prison, as one reviewer notes, is very soon exchanging hugs and drugs with her family inside. Much later, when challenged by the prison director, Adela (Blanca Portillo), about her dismal record as a free citizen, she says, “It is difficult to live at freedom without feeling free.”

Her ensemble of friends include Dolores (Ana Wagener), a blondish gypsy who had stabbed her violent husband to death; Rosa Gómez (Violeta Pérez), described in the official blurb as ‘a fragile and tender prostitute’; Ajo (‘Garlic’ in Spanish, Natalia Mateo), who is in love with the prettier but less faithful Pilar (Ledicia Sola); and Luisa Sandoval (Tatiana Astengo), a frightened Colombian mother in her 30s charged, perhaps wrongly, with importing drugs.

Thrown into the mix is a new prison officer, former actress Mar (Candela Peña, and a character based on the real-life Yeses Theatre Group architect Elena Cánovas), who sets out to bring about change; she confronts her colleagues by pressing for the more dignified treatment of prisoners, and seeks to give the women the belief that they have something to offer outside prison. Some of the other officers, notably the steely Cristina (Blanca Apilánez), are very uncomfortable with Mar’s soft approach. But with the support of the prison director, Mar creates Módulo 4, a theatre group that is intended to give the women confidence and a voice, and to prepare them for life after release.

Naturally there are hurdles and setbacks, resistance and triumph. Indeed, the biggest strength of the film is that despite the uplifting nature of the theatre project and the effect that it has on the prisoners, there are no fairy tale endings; the women keep returning to prison (depressingly, to enthusiastic welcomes from the other prisoners), Dolores’s son also lands in prison, Rosa breaches trust by failing to return from a period of leave… and the feisty, sassy, generous Isa succumbs to AIDS.

The film also achieves a terrific balance between women’s prison standard fare – dignity-robbing strip-searches, relationship dramas, standovers and power plays, the stabbing of a love rival, drug use, child custody problems and so on – but the theatre group, which – at Mar’s prompting – gets the women writing their own stories of jail life, becomes a vehicle for them to raise other trials and grievances (sometimes wittily, sometimes deliberately shockingly) in performance: the length of family visits, the lack of access to a doctor 24 hours a day, cockroaches in the milk, and the correctional bureaucracy’s alleged lack of interest in dealing with these issues. The criticism of the system doesn’t win the women, or Mar, many plaudits from the assembled officialdom.

It’s an interesting portrait of Mar, who is held up as a reformist champion, but whose approach borders on sedition in a conservative prison environment, and whose empathy towards the women would be seen by many correctional staff to have crossed all sorts of professional boundaries. ‘Friendly not friends’ is how correctional staff are often told to be in relation to those whom they look after; the distinction doesn’t work so well for Mar.

Theatre Yeses would appear to be still going at the Alcalá de Henares penitentiary in Madrid. While its actresses are inmates, it also borrows professional actors from the free world who collaborate with the group. Cánovas has said, “Most of the girls were at their limit, with little hope or means. Yet while we may not have known it at the time, we were optimistic about the future.”

The joy of this film is that it is optimistic and pessimistic in almost equal measure. That, or I understood less than I thought I did. 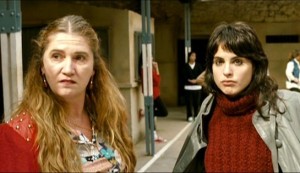 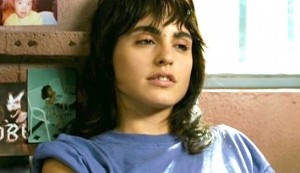 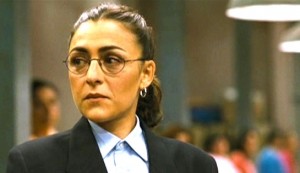 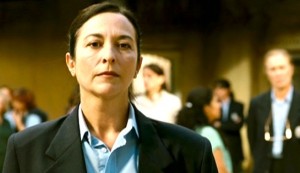 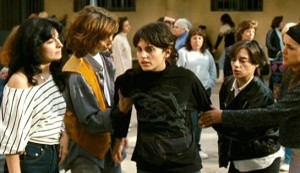 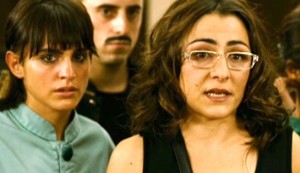