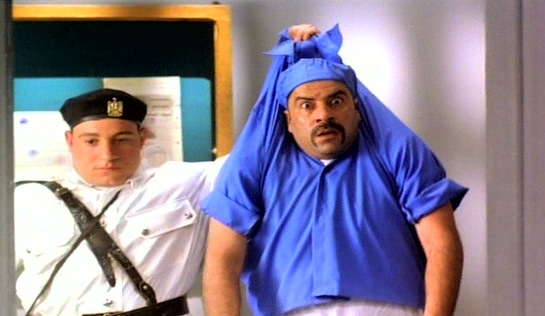 I was given this movie by someone who lovingly brought it back for me from Jordan. It doesn’t have subtitles and my Arabic is really, really poor. Really poor. I’m told, though, that the title translates (a little obtusely) as ‘Tell me my thoughts without you.’ It could be a wonderful comedy, or it could be awful; I have no idea.

Mohammad Saad plays both El Lembi, a crook who apparently keeps robbing his uncle and winds up in jail, and Riyad El-Manfaloti, the prison’s imposing Warden. El Lembi manages to escape, buried under vegetables in the back of a truck. He jumps on a motorbike and, as luck would have it, is pursued by his Doppelgänger Warden. They crash and both wind up in the same hospital. It’s not clear why, but the hospital, after making remarkably small incisions in their heads, switch their brains.

Riyad El-Manfaloti promptly returns to the prison but with El Lembi’s transplanted brain. He arm wrestles prisoners, laughs and jokes loutishly, walks around with his hand in his pockets and his uniform undone, and makes a speech at a big formal occasion which I suspect is not entirely appropriate for a big formal occasion. And then there’s his new brain’s reaction to his wife…

At least, that’s what I think happens. I can’t really rate it, but it looks OK if you like the trading places, trading brains sort of comedy. I suspect it’s not high-brow. I’d be grateful if someone who actually understands the movie could set me straight. 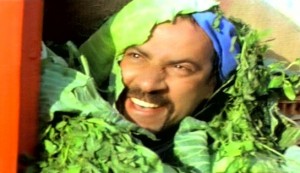 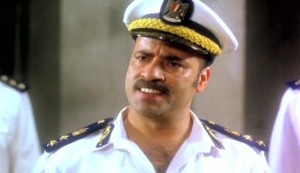