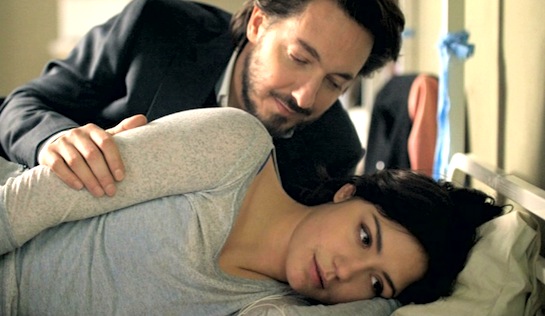 ‘Distractedly’ is the English translation of this film’s French title. How does a prison director fall for a prisoner not much more than half his age? Distractedly, derangedly, stupidly.

The film is based heavily on the real-life story of the director of the Versailles Prison for Women, Florent Gonçalves, who started an affair in 2009 with a prisoner, Emma Arbabzadeh, 20 years his junior, and finished up being jailed for a year in 2012 for giving her preferential treatment.

The teenaged Arbabzadeh had enticed a young Jewish man to be abducted, tortured, tied to a tree and left to die by the anti-Semitic Barbarian Gang. He did die, and she got 9 years. The femme fatale in this story, Anna Amari (Adèle Exarchopoulos), is a former reality TV contestant who has committed an undisclosed crime for which she, too, ultimately gets 9 years. But when we first see her she is perhaps 21, having already been in jail for four years, and is still awaiting trial.

The director of the prison to which she has transferred to be closer to her family is Jean Firmino (Guillaume Gallienne). Firmino has come up through the ranks and is 39 when Amari arrives in his prison. He is soon besotted; she seduces him (or vice versa) and – after the odd twist and turn – his career and his marriage both come crashing down. End of story, really.

There are some elements of the film that are just wonderful. Filmed at the La Santé, Fleury-Mérogis and Versailles Prisons, it is a real prison film, with even the chatter between prisoners in their shared cell and at work having an authentic touch. (Not so much in the schoolroom, where they discuss Racine’s highly distracted Phèdre in what comes across as a heavy-handed screenwriting device, rather than conveying any sense that the women have a collective interest in 17th Century drama). And the beautiful, sultry Amari is certainly a young woman who, you might imagine, could distract a man teetering on the brink of a mid-life crisis.

But too much of the handling of their affair seems too stupid for even the most distracted prison director (which might also explain Gonçalves’ detection and prosecution). Firmino takes no precautions and extraordinary risks. They spend lots of time together (inviting lots of speculation and rumours from other staff, and prisoners), cut each other’s hair, and cuddle up in her cell. She is given a special job in a special room, which she decorates by drawing the two of them on the walls. In lipstick. With suspicion swirling around them, what prison guard would not sneak in once they vacated the room for a look around? Firmino takes (and receives) photos of Amari on his work phone, sends messages to her on the contraband phone she shares with her cellmates, brazenly calls for her to join him in his office, and lets her play with his gun.

And then the coup de grâce for me: he puts on his old guard’s uniform, goes to another prison to which she’s been shifted, carrying a big bag of fireworks that he then detonates on the prison roof to demonstrate his love for her. I can see that playing out at just about any jail. “What have you got there?” the guard on the gate must ask the unfamiliar-looking guard carrying a big black bag. He takes a peek. “Oh, fireworks and detonators and stuff. OK, then…” he says, waving the stranger through.

Maybe I simply don’t understand French attitudes, but the other big challenge for me was Firmino’s suffering wife, Elise (Stéphanie Cléau). Mme Firmino happens to be a guard at another prison (La Santé), who also leads art classes for prisoners, and not only does she seem way too elegant and genteel to be a prison guard (with apologies to all the really elegant and genteel prison staff out there), but she realises early in the piece that he is having an affair with a prisoner and, rather than show him the door, gives him time to choose between the prisoner and her and their 9-year-old daughter. Few guards (or wives), I would suggest, could go to work knowing that everyone would be whispering about their husband, his prisoner lover, and the state of their marriage. An atypical guard, and an atypical response, I suspect.

Despite all that, I was happily dragged along by the film – quite possibly because Firmino really has no redeeming features, and so my anguish at his fall, at his distraction, at his loss of judgement, proved to be no anguish at all. Great passion; minor tragedy. 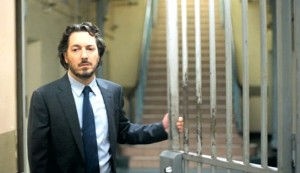 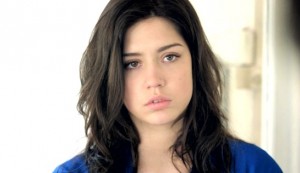 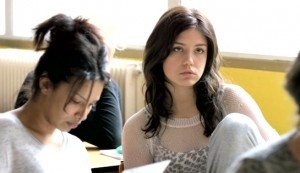 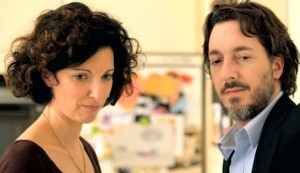