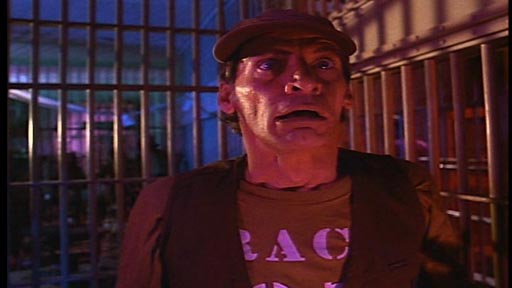 It sadly says much about the world that there could be ten Ernest P Worrell movies. This is the third or fourth, and I’m pleased to say that I haven’t seen any of the other nine. It seems that the character was created for a series of TV ads and just grew from there; how remains a mystery.

Ernest (Jim Varney) is a goofy, good-natured loser, a walking accident who works as a cleaner in a bank and dreams of becoming a teller. He is delighted to be called up for jury duty, and during the trial on which he is called to sit the defendant notices that Ernest is the spitting image of Nash, his ‘boss’ and the prison’s Mr Big. The accused’s attorney has no difficulty in getting the court case (a jail killing) moved into the jail, where Nash and his minders quickly whack Ernest over the head and do an identity switch-arooney. Nash, now sitting on the jury, duly secures his mate’s acquittal, and Ernest has to learn to act Nash-like in prison as no-one believes he’s not Nash. The real Nash, meanwhile, plots to rob the bank and makes some fairly unsubtle moves on Ernest’s friend, Charlotte.

It’s excruciatingly bad – well, for most of the movie. I’m still trying to work out why the prison guards all wear uniforms with hot pink shoulder-padded jackets, but in a film where much of the slapstick humour derives from Ernest becoming an electro-magnet and the bank’s security being in the hands of two gun-totin’ half-wit brothers, one can sense the desperation of the writers in looking to extract any laughs at all. Appalling. 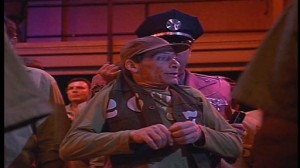 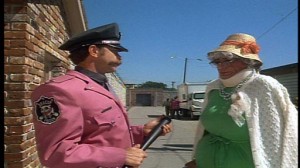