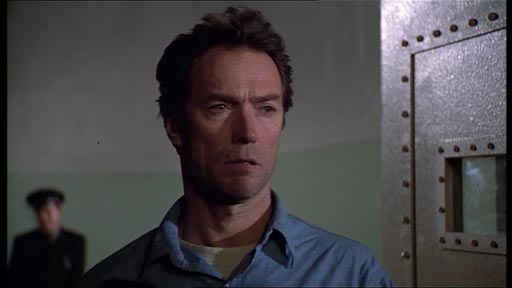 Based on a true story and starring Clint Eastwood as Frank Morris, the mastermind behind the notorious 1962 escape attempt, in which Morris and Clarence and John Anglin managed to escape the island, but no-one really knows if they made it to freedom or perished in the icy waters of San Francisco Bay.

The TV drama Prison Break owes much of the build-up to its climactic escape to this film, with Morris leaving his cell to explore other parts of the prison and then returning to his bed in the nick of time.  Much of the film is shot on location at Alcatraz, which adds to its authenticity, but the film also features one of the worst ‘shake downs’ imaginable – a ramp of the cell limited to putting a metal detector over Morris’s bedding and opening an accordion box, while conveniently missing a full-size papier mâché head with which Morris was able to fool the guards into thinking he was in bed asleep.  Mind you, in real life the authorities missed the heads also.  It also has some of the softest, most docile, doddering hard-core criminals worthy of being placed at Alcatraz that the US Federal prisons could muster.

And although lauded as a ‘straight’ dramatic portrayal of the escape attempt, in the best American drama tradition the film cannot avoid some mawkishness – the recurring motif of a chrysanthemum keeps popping up at every significant point, symbolising the essence of freedom.  Or something. 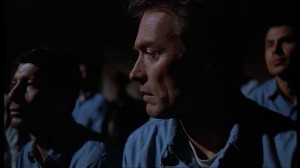 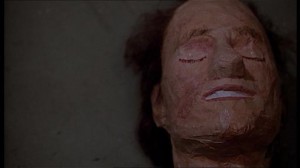