The difficulty with an escape movie based on a real-life escape is that you know the outcome even before the action starts. Whatever suspense that might be built into the story – the risks taken, the panicky times when they are nearly discovered, the obstacles that threaten the plot’s success – you know will amount to nothing. Come to think of it, that applies to virtually every escape movie, true or otherwise. Every action movie, in fact.

But something has to hold your interest. Here it is primarily the ingenuity of the escape, and the audacity and craftsmanship required to pull it off. A little friction (which seems largely manufactured) is tossed into the mix by virtue of some conflicting views on political strategy between the escapees and their fellow prisoners, but really, it’s all about the escape’s boldness and mechanics.

Tim Jenkin (Daniel Radcliffe) and Stephen Lee (Daniel Webber) are two young, white, middle-class, university-educated South Africans, who join and undertake covert operations for the African National Congress (ANC), trying to bring about the end of the apartheid system. They nervously set leaflet bombs (in real life, 26 of them in Johannesburg and Cape Town) and get caught. No-one gets hurt, but they are seen as traitors to their country and their race. Jenkin gets 12 years and Lee eight.

It’s 1978. They are placed in the Whites’ Section of Pretoria Prison, and have little to do with ordinary criminals. From their first moments in prison (shot largely at the old Adelaide Gaol in South Australia), they are intent on escape. This doesn’t really please Denis Goldberg (Ian Hart) – ANC ‘royalty’, a co-accused of Nelson Mandela and Walter Sisulu who has been in prison since 1963 – who prefers all the prisoners of conscience to bear their prison time in quiet martyrdom. But Jenkin and Lee are not interested in hanging around and suffering silently for the cause.

Well, it’s Jenkin, really. Lee has a supporting role and his main task seems to be to get between Jenkin and the only other prisoner who is interested in going with them, the impatient Leonard Fontaine (Mark Leonard Winter), when the two clash. Fontaine’s character is based, presumably, on the real-life Egyptian-born Alex Moumbaris, who escaped with the other two; why he is reimagined as a Frenchman whose motivation is the authorities’ decision to allow him to see his son for only 30 minutes once a year, is not clear. At least, not to me.

Jenkin very early in the piece starts studying the guards’ keys. Within three months of being sentenced he is fabricating keys out of wood in the hobby workshop, smuggling them out and testing them. The first key works! He can open his barred cell door. Soon he has devised another contraption, a key on a jig at the end of a broomstick (not easily secreted in a cell, you’d think), that he can operate out of his cell’s window to open the outer cell door.

And all three study the guards’ routines. “In prison,” Jenkin’s narration tells us, “nothing stays the same. And yet nothing changes. The routine is the only thing that gives time any meaning. So you use it. You use everything. You find the cracks in their armour, and you exploit them to the fullest extent, day after day after day.” He is a quick learner; he has arrived at that understanding in just 206 days.

The guards, however, fail to exploit the cracks in the prisoners’ armour. It’s years before extensive use of CCTV, of course, but they fail to notice the men creeping around after lock-up, testing keys in doors and exploring. Despite several thorough cell searches, the guards fail to find any of the escapees’ escape paraphernalia; the hard-nosed Captain Schnepel (Grant Piro) especially spectacular, on finding one of the fabricated keys, in his gullible acceptance of Jenkin’s explanation that it is a photo holder.

Of course, the prisoners fully exploit the cracks in the prison’s armour. They use the routines, and 39 fabricated keys for 15 different locks, to find a way out. In real-life they then make it to Swaziland, Mozambique, Tanzania and finally London where they rejoin the ANC and continue the struggle against apartheid. Jenkin and Lee remain fugitives until they are pardoned in 1991.

It is an exceptional, intricate escape. But something is missing, aside from the suspense of not knowing whether the bid will succeed. Maybe it’s the surprising absence of in-your-face political context; how apartheid drives the protagonists or plays out in the prison. Maybe it’s the two-dimensional staff, largely racist, or overweight or both. Maybe it’s the remoteness of black South Africans from the action; we don’t see Jenkin’s black girlfriend once he goes to prison, or more than one black prisoner assisting the escapees, or get a real sense of the larger prison population. Maybe it’s the flaccidity of the group of white revolutionaries, who must surely have had a bit of dash about them to have made their way to prison. Maybe, (despite Radcliffe putting in a very solid performance), it’s because there is occasionally a weird sense that Harry Potter is fiddling with keys in the prison.

It’s absolutely worth a peek, not just for the cleverness of the escape, but also the prompting it gives to visit or revisit the true story of the escape. 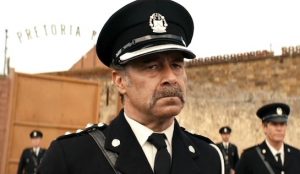 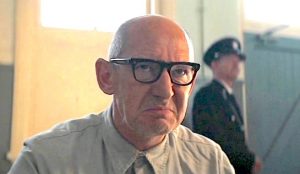 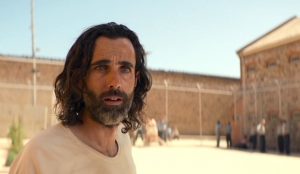 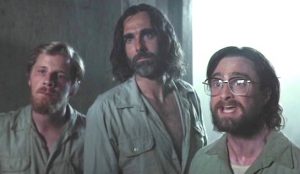 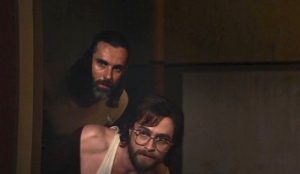 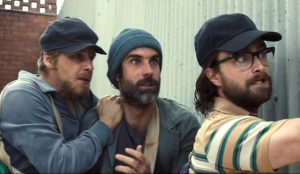