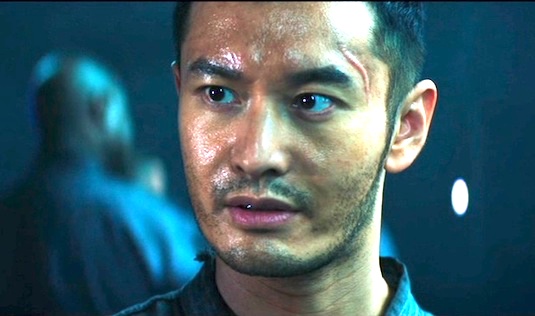 The first film in this series, Escape Plan (2013), was a bit of a flop… except in China, apparently. This one suffers from many of the same problems, which may well be further compounded by the planned second Chinese backed sequel (EP3: Devil’s Station) when it hits the straight-to-DVD shelves some time in the future.

Sylvester Stallone is back as Ray Breslin, whose crack security team is able to extract people unharmed from supermax prisons and other notoriously tricky situations. Except that in the opening scenes, one of the team, Jasper Kimbral (Wes Chatham), dallies a little too long in a Chechen extraction (in order to set off a few gratuitous explosions) and one of the hostages is killed. Kimbral is promptly fired.

More trouble soon hits Breslin Security when its key operative, Shu (Xiaoming Huang), is taken by force while doing some bodyguard work for his brilliant cousin Yusheng Ma (Chenying Tang) in Bangkok… and both of them are taken back to the US to a black site prison, Hades. Yusheng has developed a new satellite system that will allow all (even top secret) computer data to be accessed, and a rival satellite firm, Ruscho, wants it. They are prepared to pay for his capture, detention and torture until he reveals how it’s done, and probably longer. Shu, they hope, will encourage him to cough up the details more quickly.

At least the maximum security prison, ‘The Tomb’, in Escape Plan had criminals in it. Hades (High Asset Detention Service) simply houses people who have information that others think is worth millions, and its regime is designed to encourage those people to part with that information. For example, there’s a group of three men who look like Vitamin D deficient neo-Nazis in goth makeup, who call themselves The Legion, but who are computer nerds – and one of them (they don’t know which one but he goes by the name of Count Zero), allegedly has the specifications for the prison. And that’s where its strategic plan gets a little confused; it’s a prison which forgets what it’s set up to do.

It’s a really high tech prison; a futuristic sci-fi prison with robots and virtual scenery and interchangeable sections to prevent escapologists like Breslin from being able to orient themselves within the layout. All very clever. Naturally it’s also a tough prison, and what tough prison doesn’t have a fight club? So the inmates are set against each other in ‘The Zoo’, in the manner of lots of other tough prison movies… yet if one of those valuable assets were to die prematurely, or acquire a brain injury, let’s say, you’d think they might possibly be rendered unable to provide the required information for which the prison operator gets paid. Yusheng and The Legion are all required to fight. Risky, no?

To complement these holders of secrets there are a few extras who look like fair dinkum prison inmates, and it’s hard to conceive what sort of precious information they might have, unless they hold strong-arming intelligence or the latest innovations in thuggery or torture. One of those is a prisoner who is known to be able to acquire anything for inmates, a reassuringly familiar character from every second prison movie. And he does manage to get stuff for Shu – but how? Does he bribe a robot? Program the computer to deliver the item to him in his evening meal? Use the prison’s 3D printer? Bizarre.

Anyway, when Shu and Yusheng arrive (from Bangkok), Kimbral is already there and soon after another Breslinite, Luke (Jesse Metcalfe) joins them after a failed attempt to track down someone from Ruscho. No chances are being taken, clearly, on Breslin orchestrating an escape like the one from The Tomb. But from the moment he lands there, Shu is calculating how he might escape, taking some big risks in doing so (such as talking openly to others about escape on first meeting them), and guided always by his boss’s sage, Confucian-style escape homilies that come to him in annoying voice-overs.

Back on the outside, Breslin enlists an old friend, Trent Derosa (Dave Bautista), to do some detective work on the black site for him, and then allows himself to be captured and taken to Hades as well. Of course, Breslin does his best work from the inside, and the result is never in doubt. Good guys always win.

But I still have so many questions. If you were building an illegal prison, would you spend millions on fancy-schmantzy state-of-the-art security systems, or just build concrete bunkers with bars and stuff and truss the prisoners up so they couldn’t break out? Would you add to your costs by buying your prisoners uniforms? Would you invest in virtual scenery? How do you stop all the builders and tradesmen and engineers and security specialists who worked on your illegal prison from revealing its location, or indeed its design? Or do you construct it yourself? Is it more cost effective to avoid prisoners getting physically injured in fights and torture, or to invest in robots who can deliver instant healing? Why is it that when two protagonists in such movies face off, it is always in hand-to-hand combat, even when one or the other has access to all sorts of weaponry? Do workers at black site prisons go home to their families every day, risking disclosures of all sorts, or does everyone live there 24/7?

I’m sure I will still be pondering these matters when Escape Plan 3 comes around. In the interim, it doesn’t meet my criteria for a prison movie; it’s more of a private kidnapping and extortion holding facility movie. And not a great one at that. 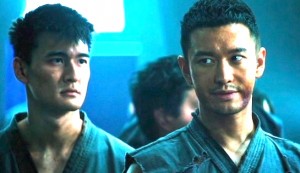 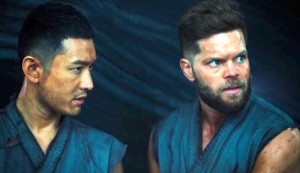 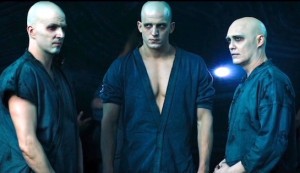 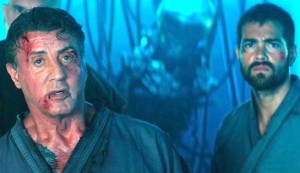