The third in the Ray Breslin Escape Plan series, this represents a major departure from the others; while the first two relied on his famed security expertise to be able to find the flaws in even the highest-tech, most secure prisons, this one takes him to an old-school, low-tech prison (played by the dilapidated Ohio State Reformatory, built in 1886) to rescue the kidnapped daughter of a Chinese technology tycoon.

It’s a little complicated. Daya Zhang (Malese Jow) is negotiating to invest her father’s money in Mansfield, Ohio (in a nice touch, the home of the old prison), when – despite lots of security staff surrounding her – she is kidnapped by a gang led by Lester Clark Jnr (Devon Sawa). Lester happens to be the son of Ray Breslin’s former business partner, who sold Ray out for $5 million. He asks Daya’s father for a lazy $700 million for the safe return of his daughter.

Now, here are several things to briefly ponder. Ray (Sylvester Stallone), our hero, is… well, our hero (albeit an ageing one). Yet to get rid of the double-crossing Lester Clark Snr, he put him in a car in a sealed shipping container that was sailing off somewhere; not the most pleasant of deaths. Not very good-guy heroic, Ray! No wonder Les Jnr is a bit miffed, and he lures Ray into the inevitable attempt to rescue Daya, hoping to avenge his father’s death on top of having the ransom paid.

Next, Mr Zhang’s technology is supposedly used in black site prisons, and he allegedly launders the cash they make through his legitimate business interests. This is seen to be further justification for Les Jnr to select Daya as the kidnap victim. Les then takes Daya to Devil’s Station, a black site prison (devoid, as I said, of all technology), in Belarus, or Latvia or the Ukraine, maybe. Are there no black site prisons closer to Mansfield, Ohio? Does smuggling victims into Eastern Europe not add unnecessarily to the degree of difficulty? Les also kidnaps Ray’s girlfriend, Abigail (Jaime King) and in no time whisks her off to the inconvenient Devil’s Station as well. Ray, the complete professional he is, boards a plane to Mazyr not knowing (and not really trying to establish) what has happened to his beloved.

At this Belarusian-ish prison, there are murderers and terrorists and other sorts of undesirables (though we only see a handful). It continues to astound me in these movies why ruthless, immoral despots who show absolutely no compunction in killing someone to, say, make the point to a technology tycoon that he’d better pay up if he wants to see his daughter again, would keep these dastardly criminals alive in circumstances where no-one knows where they are, no-one is ever going to ask that they be produced, and they simply cost money and effort to keep them alive.

That said, the rescue attempt is full of excitement. Two of Ray’s key team members, Shen Lo (Max Zhang) and the impetuous Bao Yung (Harry Shum Jnr), the latter of whom botched the security around Daya in the first place, manage to get themselves captured. Security expert Ray blunders around in the sewers and the old prison… not with night vision goggles or a drone equipped with an infrared camera, but with a torch designed, it seems, to disclose his movements to anyone who might be interested. Fortunately, Shen does all the major action hero stuff and is as agile and lithe as Ray is not. Ray’s trusted mate Trent DeRosa (Dave Bautista) again gets the role of welcome cameo killer.

I guess that it must be much less expensive to hire out the Ohio State Reformatory than to build a high-tech prison movie set that would really test Ray’s skills. But the end result must be disappointing, surely, even for the Chinese investors who are no doubt very keen to see Chinese actors command centre stage in a Hollywoodish action movie. 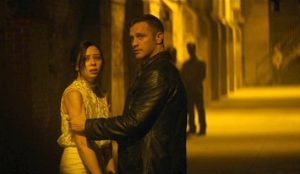 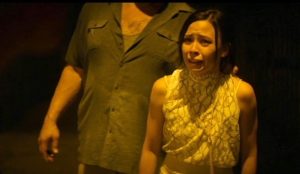 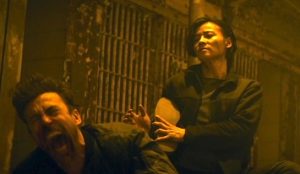 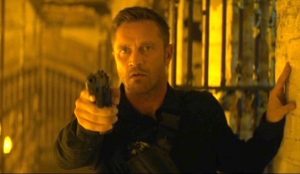 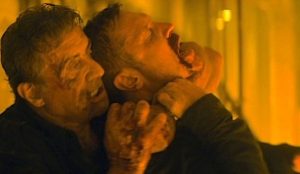 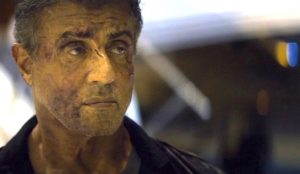