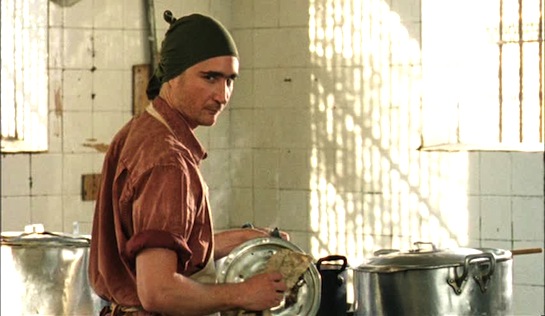 Estômago means ‘stomach’ in Portuguese. It surely has to have some additional metaphysical meaning, because a movie simply called ‘Stomach’ might be difficult to promote. The film is nonetheless, in large part, about stomachs that need to be filled. It tells the story of a novice cook’s education in the big city (in both culinary and in other ways of the world), intertwined with stories of him finding his way (through food, again) in prison, and others’ relationship with food.

Raimundo Nonato (João Miguel) is that young man who arrives penniless in São Paulo from Brazil’s north-east. ‘Nonato’ translates as ‘unborn’, and Raimundo certainly has a lack of sophistication to match his name; he is part ingenuous, part simpleton. Unable to pay for his first meal in São Paulo, he stays on with the café’s proprietor to wash dishes. Soon it is discovered that he can also cook. In little or no time he is poached by the owner of a swish Italian restaurant, Giovanni (Carlo Briani), where he is introduced to a real kitchen and food he has never heard of, like gorgonzola (perhaps to satisfy the film’s Italian backers). At the same time he learns more about the pleasures of the flesh in a series of dalliances with a warm-hearted prostitute, Íria (Fabiula Nascimento), who is fond of him but devoted to his cooking.

While we know Raimundo is in prison, we know not why, and his out-of-prison story – which celebrates his progress as a cook – is also laced with dread as we await his inevitable downfall.

Prison life is depicted as challenging, without being over-stated. Raimundo shares a cell with seven others. Were it not for the status of the cell’s main man, Bujiú (Babu Santana), it seems he might have had thirty cellmates. Raimundo bestows upon himself the nickname of ‘Pocketknife’, believing that he might need a tougher name to survive, but it is met with much mirth. Instead, they call him Redneck, taunt him about being from the jungle… and ultimately settle upon referring to him as Rosemary, after he insists that with some rosemary and a few other ingredients he could make the meals edible. They appoint him cook on a trial basis, and is soon so valued for his culinary skills that he is promoted to the bottom bunk beneath Bujiú – a major honour.

This is a terrific, understated film. The prison scenes are alive with subtly observed characters (the boss, the moody one, the edgy kidnapper whom everyone leaves alone, the would-be, and so on), the cell politics and hierarchies. They hint at the thriving commercial aspects of the prison – Bujiú has access to a mobile phone and girls (neither of which we see or need to see) – and getting special ingredients for Raimundo’s meals, or for a huge wine-fuelled feast to welcome a newly-incarcerated crime boss, poses few apparent difficulties. And in the story which leads up to his incarceration, we share Raimundo’s faltering journey as an innocent in a big city, wondering whether he can overcome his naïveté and lack of worldliness. Part of the tragedy is that it is in prison (and yet again through his cooking) that he is at his most self-assured and most potent.

Not quite a prison film, but definitely worth watching. 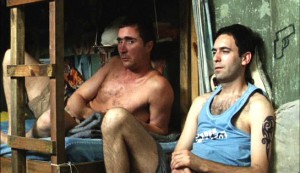 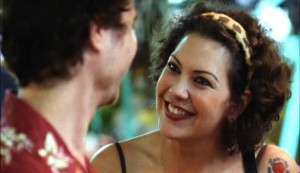 Filmed in part, it seems, at the Centro de Observação Criminológica e Triagem (the Centre for Criminological Observation and Screening – of new inmates) in Curitiba.