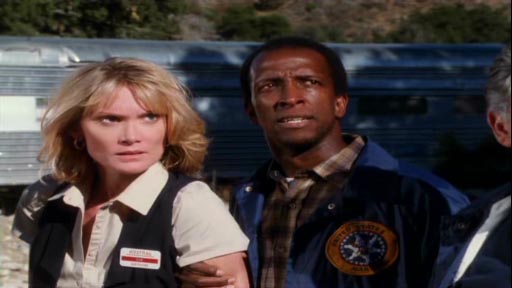 My wife tells me that I have trouble in admitting I’m wrong. Luke Sinclair (Dorian Harewood) won’t tell the Parole Board that he was wrong in having killed the man who was taunting him after being acquitted (on a technicality) of killing his wife and daughter, so he is forced to do most of his 15 year sentence. For his obduracy he is also required to reprise the Nicolas Cage role in Con Air (1997) in this low-grade thriller, also known as Steel Train (to distinguish it from what? Papier-mâché Train? Polyester Train?). They could well have called it Con Rail.

Sinclair is your everyday good guy. For some reason he saves fellow prisoner and crime lord Enzo Marcelli (Roy Scheider) from getting a shiv in his back, and for that Marcelli rewards him with a trip on a prison train which is taking a selection of desperate psychopathic killers from the more comfortable Lancaster Prison to the hi-tech Redwood Prison. There’s Marcelli (serving 300 years), Sinclair, Sinclair’s good mate, a Hannibal Lecter-type who speaks only in movie quotes, a mad bomber… the usual. And there’s your pretty standard assortment of civilians on the trip as well, including an annoying young girl, travelling alone, and a feisty bar attendant, Zoe.

Of course Marcelli and his cronies try to escape. They have some heavily armed helpers planted on the train, and the cons soon break out of their handcuffs and shackles and overpower their guards. They lock all the passengers in their supposedly secure carriage at the back of the train.  The only things that stand between them and disaster are Zoe, who manages to contact the Police, and Sinclair, who doesn’t want any part of the escape, but is soon encouraged by the others to join in. The sheriff engages the assistance of the only worker at the railway control centre – a nervous intern who’s never had to deal with anything like an emergency before – and then seeks to almost single-handedly save the day (by holding on to helicopters by one hand, dropping onto carriage rooves and stuff like that). Zoe and the girl make perfect hostages. Sinclair knocks up being good and brave and looking out for the women. There are guns, explosions, police killed, criminals killed, lucky escapes…

And as usual, there are plenty of unexplained bits, like why The Lecteresque character, who escapes from his cage, doesn’t create any real havoc, and how the bad guys can abandon a shoot-out and then run and re-catch the moving train.. but as I’ve been told many times, it doesn’t help to subject action flicks to too much scrutiny.

The only thing that could have made the ending more predictable is if we could have seen the unaccompanied child reunited with her mother. Unless that happened and I’d fallen asleep by then. Very ho-hum, and not even worth evaluating the correctional content. 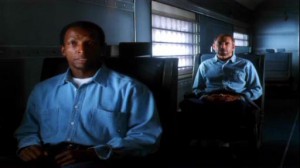 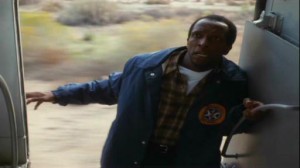