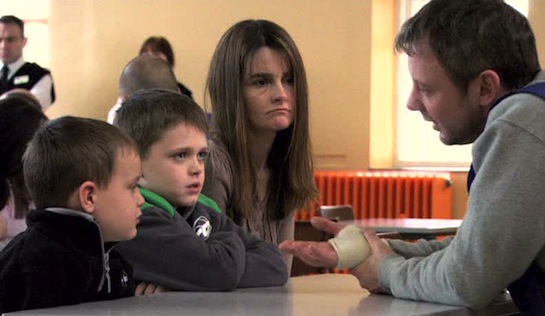 “Everyday is both a bittersweet story of survival and love and a celebration of the small pleasures of everyday life,” says the blurb on my DVD. If that’s what it’s supposed to be, I want my money back. If it’s a celebration of anything at all (and I’m not too sure that it is), it seems to me that it’s of one woman’s grit and a family’s resilience.

Karen Ferguson (Shirley Henderson) is left to raise four young children on her own when her husband, Ian (John Simm), goes to prison for an unspecified crime. She dutifully travels to visit him at whichever prison to which he’s relocated, taking a couple of the children with her, sometimes having to get up at 4.00 am in order to catch several buses and trains to get there. She works two jobs, takes the kids to school, sets aside some money to give her imprisoned husband… and when their troubled older boy, Robert (Robert Kirk), is caught stealing, must deal with that alone.

She is alone, lonely, exhausted, and desperate for Ian to acknowledge the difficulty he has placed them in. He says he’s sorry, but it is a mechanical, rote apology tinged with self-pity. He chides her when she is late for their appointed visit, accepts the £50 she gives him without protesting that she might need it more than he, and pushes her to talk dirty to him on a visit when she is clearly uncomfortable about doing so in a public place under the scrutiny of prison officers. After a day leave with the family, when he sneaks off for a quickie with his wife (leaving his much-too-young kids alone in a park), he gets caught bringing back a small amount of hash, and loses contact visits. He was bringing it in for others, he says, and was scared not to.

He is, in short, selfish (a not completely unheard of attribute of prisoners worldwide), taking Karen’s love and support and sacrifices for granted. It’s not until he is released that he is forced to really confront what his time inside has meant to his marriage and his family.

Michael Winterbottom’s film is an unusual one in many ways. It was shot in small bursts over five years, and so we see the four wonderful children (siblings Stephanie, Katrina, Robert and Shaun Kirk, playing their namesakes in the Ferguson family) growing up. Its strength is in its authenticity, its understatement; the family’s trials are played out against a backdrop of the banal – at the kitchen table, while walking to school, travelling to distant prisons, being searched on entry into prison. Their conversations – conversations that in the home would be routine (“How are you doing? OK?” “How’s school?”) – sound awkward and distant in the artificial environment of the visits centre, and politely impersonal on the phone. It’s tough.

Everyday is a compelling study of a family trying to hold things together, trying to maintain relationships under the duress of separation… and speaks to the experience of families of prisoners everywhere. 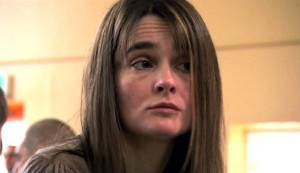 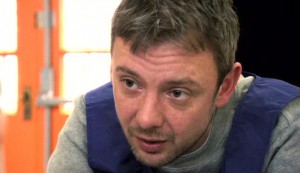