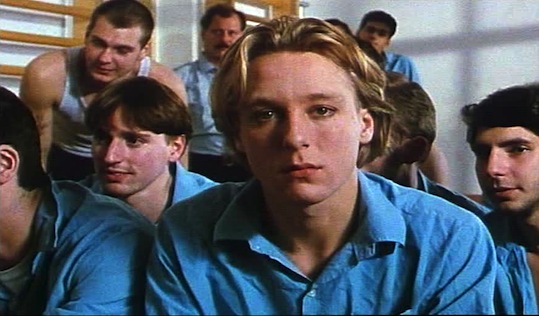 “Few institutions invented by men are so obviously unsuccessful as prisons,” Christian Broda, Austrian lawyer and politician, is quoted as saying at the very end of Fleischwolf. It is a short film, just 70 minutes, with most of it dedicated to proving the aptness of Broda’s conclusion.

The film follows three young first timers in prison; none appear to be particularly bad, and none are in for very long. Mario (Maximilian Müller), is blonde and an obvious target for sexual predators in jail. He is described by his probation officer as a ‘genius’, but ‘manipulative’ would fit just as well. Richie (Thomas Morris), is a musician with a 7-months-pregnant girlfriend; too tall and too gangly to be the focus of too much unwanted attention. But Karl (Christopher Heinz) is a different story. He is a quiet farm boy, a loner, serving five months for drunkenly threatening a female neighbour. He is a young man with no strength, no presence and a bad haircut…. a fish out of water and a walking target.

The person the film nominates as most likely to prey upon these young men is Jörg (Hanno Pöschl). Prison is Jörg’s natural habitat. He is an experienced hand; smooth, self-assured, and into everything. He uses his influence with the guards to manoeuvre certain prisoners into certain cells and into certain jobs, he deals drugs, doles out the cigarettes the priest sets aside to reward those who attend church… and does a nice trade in procuring young prisoners for the sexual gratification of others. We learn that Mario has enough first-hand experience (and possibly enough street-smarts) to threaten to slash his wrists if placed back in a cell with him.

Karl is not so worldly-wise. He naively accepts chocolates from Jörg and winds up in his cell and in his debt. Predictably, it doesn’t end well. He becomes Jörg’s slave, and a commodity; in due course he is traded to the kitchen workers, who don’t even bother to hide the knowledge of his inevitable rape from the guards. Later, in the quiet, Karl takes his own life.

Director Houchang Allahyari is intent on demonstrating to us that it is a very different, sealed-off world inside prison where such horrors occur; a world that bears little or no resemblance to the outside. “If you imprison people, it automatically creates subculture,” he says, and unsubtly illustrates the point by bookending the prison action with idyllic scenes of all sorts of people – couples, families, lovers, old ladies, kids – enjoying the sunshine in a Viennese park. The prison, by way of stark contrast, is uniformly grey, full of scheming and ugliness. Mario is bedevilled by nightmarish images of his carnal mother; Richie yearns intimacy, and Jörg and his cronies crave power and influence and sex.

In the end, the running time of 70 minutes probably isn’t sufficient to properly develop the characters – particularly as 10 minutes is inexplicably taken up with a visiting troupe of female prisoners playing Romeo and Juliet. We know much about Mario’s painful obsession with his mother and whether he should have been adopted out, we see his savviness, and little else. And while we get to witness Karl’s ritualised abuse, and can presume to imagine his fear and humiliation and despair, we know nothing of what is going through his head.

What we’re left with is two protagonists with whom it’s hard to connect, a bleak view of prison sub-culture, and a drama which consists pretty much of throwing some relative innocents to the wolves; a film marginally less unsuccessful than its subject. 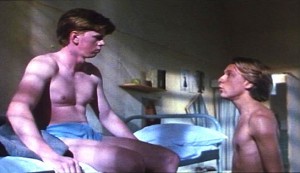 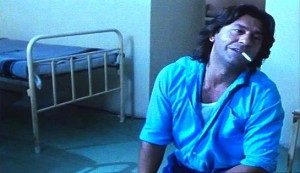