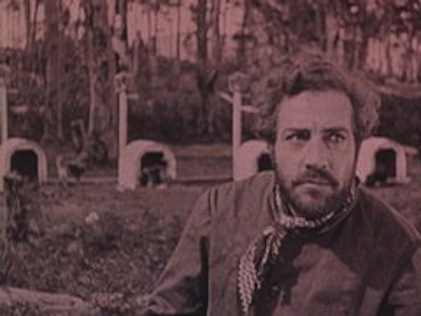 Late in 1927 The Jazz Singer was released, becoming the first ‘talkie’ blockbuster – and condemning this silent epic to a much smaller audience than it perhaps deserved. It was a decidedly international co-production, with the director (Norman Dawn) and the principal actors all American, but the story a quintessentially Australian one.

It is an extraordinary film, based on Marcus Clarke’s celebrated novel, expanding on the short 1908 film version and charting the early history of penal settlements in Australia – from Macquarie Harbour in the 1820s, Port Arthur from the early 1830s, and the dreaded Norfolk Island – all through the tragic story of Rufus Dawes.

Dawes (George Fisher) is a well-off Englishman who learns that he is not his aristocratic father’s son. When he is apprehended at the scene of his biological father’s murder, of which he is innocent, he determines not to reveal what he was doing at the scene or his real name (in order to protect his mother’s reputation), and is duly transported to Van Diemen’s Land. As luck would have it, on the same convict ship is one John Rex (also played by Fisher), who is the spitting image of Dawes, and who turns out to be his half-brother – the legitimate son of Dawes’ real father. Dawes is falsely blamed for leading a mutiny on board the ship, and upon arrival at Macquarie Harbour is kept chained and in isolation on a little rocky island as punishment.

He escapes from his island just as the convict settlement is moved in its entirety to Port Arthur, and washes ashore at the very same beach at which prison Governor Vickers’ wife and child, and his second-in-command, Captain Maurice Frere (Dunstan Webb), all of whom have been forced overboard in yet another mutinous episode, have set up a makeshift camp. Mrs Vickers dies, but Dawes saves her daughter, Sylvia, and Frere, constructing a boat out of goatskins from which they are rescued. Sylvia is an especially kind girl, sympathetic to all prisoners, but with an even greater fondness for Dawes. Upon arrival at Port Arthur, however, a jealous Frere orders Dawes to be taken away and further punished.

Unhappily, there is still more misfortune in store for Dawes: Sylvia (Eva Novak) develops amnesia, can no longer remember the ‘Good Mr Dawes’ who saved her, and ends up marrying the dastardly Captain Frere; a Reverend North, who witnessed the murder in England but found it to be in his own interests at the time not to exonerate Dawes, arrives at Port Arthur and continues to refuse to exculpate him; Rex escapes to England and poses as his long-departed half-brother, managing to squander much of the family fortune in the process; and Dawes himself is subjected to further punishment at the harsh Norfolk Island. Only when he escapes (with the belated assistance of the Reverend North) and stows away on the very same ship on which, fortuitously, Sylvia is escaping her cruel husband, does Sylvia recover her memory and Dawes recover some happiness, some 20-odd years on.

The film features some stunning scenes from the Port Arthur prison and surrounds and the New South Wales bush, and uses hundreds of extras who give credibility to the convict scenes on the ships and in the prisons. It is a magnificent saga with a long-suffering but noble hero, villains on both sides of the fence, a touching romance, a reformist heart, pathos, bathos, and even a brief, exotic venture into cannibalism. It faithfully portrays many aspects of daily prison life – from the logging and ploughing of the work gangs, to the cat-o’-nine-tails and cayenne pepper punishments, to the row of chained dogs guarding the narrow isthmus at Eaglehawk Neck (the only route – other than through shark-infested waters – to the mainland).

The version of the film that remains is no longer the original, but one that is pieced together from bits of the 1927 Australian release, additional scenes from the later US release, and a number of stills to fill the gaps where the footage has been lost forever. But it’s worth it. 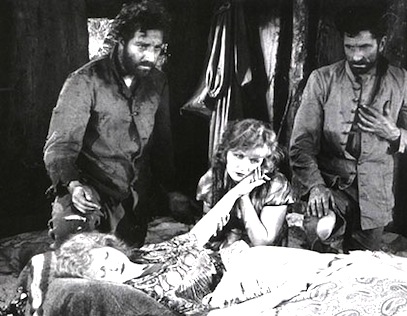 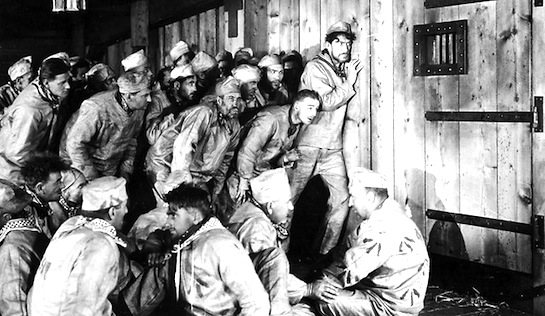