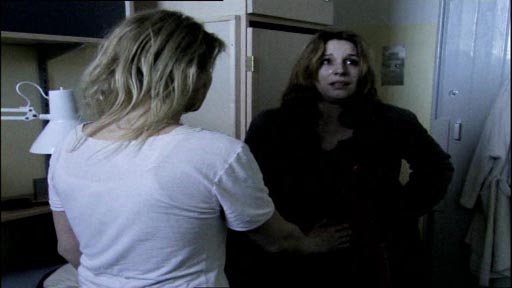 An exceptional, harrowing film set in a women’s prison (and filmed at the Nyborg Statsfængsel [State Prison]) in Denmark. Made in the Dogme 95 tradition (no, I didn’t know what that was either, but it’s apparently a reaction against Hollywood-style filmmaking and insists on things like hand held cameras, filming entirely on location using available lighting, and an avoidance of gratuitous special effects, music and superficial action) and what emerges is an honest, draining, warts-and-all tragedy.

Ann Eleanora Jørgensen plays Anna, a newly-ordained priest who takes up a temporary placement as a chaplain at the prison. She arrives on the same day as Kate (Trine Dyrholm), a prisoner whom we know has done something horrible to a child as soon as a prison officer snidely says to her, “Ask them to retrain you as a nanny” – even before she enters the prison. We learn later that she has left her baby to die of thirst while she was out on a drug binge.

The priest Anna, on the other hand, is resigned to being infertile – until Kate bluntly informs her that she’s pregnant and it is soon confirmed. Despite Anna’s reluctance to embrace Kate’s special powers (not quite as special as the John Coffey character in The Green Mile, mind you) as God-given, Kate continues to restore health to women coming down off drugs through the simple laying on of hands, and Anna has to confront the possibility that this unfit woman’s healing powers really are from God. Then, forebodingly, tests reveal an abnormality in Anna’s unborn child. We grieve with her as she wrestles with whether or not to keep the child or have the pregnancy terminated. We understand as she grows angry at the unjustness of Kate and all the other ‘druggies and murderers’ with whom she works having healthy babies, while hers is potentially disabled. And we watch with growing unease as she struggles not only to forgive Kate her monstrous crime, but also to decide whether in desperation she should seek her out (she who is so unworthy a vehicle through whom God should work and to whom the welfare of a child should be entrusted) to lay hands on her own imperfect baby. The prison serves as a low-key backdrop to all of this without contributing much to the dreadfulness of the issues with which Anna is grappling.

It is so intimate that of a (presumably) large prison, we see only about six prisoners and three staff; and Anna is challenged in her dealings with one of those officers who, with none of her vocation in forgiveness, is so willing to forgive Anna for her crime that he begins to breach professional boundaries with her. Another officer receives threats from drug dealers aimed at the safety of his kids, non-drug-using prisoners are put under pressure by the prison’s drug dealer – and we are gently reminded that there are many people in the prison who are under stress despite the liberal regime and apparent decency of the prisoners’ treatment. Like watching a train crash, we look on as these stressed people make awful decisions; it’s not entertainment, that’s for sure. 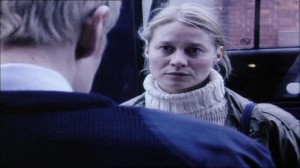 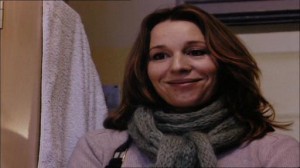