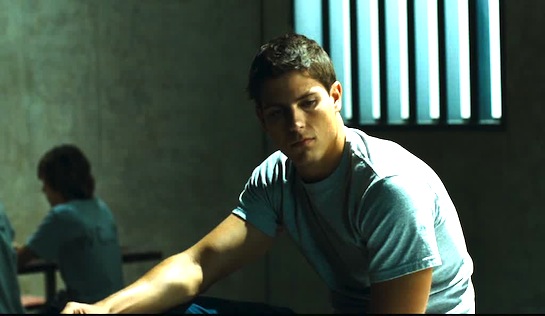 Rick Penning (Sean Faris) is a sullen, selfish, jerk. He’s in juvenile detention, but you would hardly know it. Forever Strong is about rugby and the life lessons that a coach can bring to a team. It’s not so much about the life lessons that juvenile detention can teach. We can see where Rick gets some of his unpleasantness. His father, Richard (Neal McDonough) is the coach of Rick’s rugby team in Arizona and has a win-at-all-costs attitude. When Rick has a car accident while drunk and badly injures his girlfriend – and then gets time at the Wasatch Juvenile Detention Center in Salt Lake City – Richard can’t even bring himself to speak to his son.

Rick has inherited some of his dad’s less desirable genes. On arrival at Wasatch he refuses to shake hands with the administrator, Marcus Tate (Sean Astin), and thinks he’s too good for the other inmates. And staff. When the Center generously arranges for him to play with the local (and hugely successful) Highland rugby team, coached by the legendary Larry Gelwix (Gary Cole), Rick resists the team ethos and makes himself immediately unpopular. “Here we play as a team,” a teammate says to him. “I don’t play for your team. I play for myself,” says Rick, in a study on how to make friends and influence people. But the Highlanders persist, even when he refuses to interact with some kids in a cancer ward. They don’t shut him out. They play him out of his comfort zone. They show him what failure looks like. And they keep reminding him that the discipline and selflessness required on a rugby pitch are important in life also. “I want you to be forever strong on the field, so that you will be forever strong off the field,” says (the real) Gelwix, on whom the story is based.

As much as the story is of Rick’s transformation, it is about Gelwix’s approach to instilling in young men a sense of decency and responsibility. Of course it works with Rick, who manages to reconcile with his cold father, deal with tragedy, distance himself from his old mates once he is released, work through conflicting loyalties, assume the captaincy of the Highland team, and find the success that eluded his father.

The film is imbued with a curious blend of Mormon principles and Maori warrior spirituality, with the Highland team performing the haka before each game. It’s not rugby’s answer to The Longest Yard (1974) or any of the similarly-themed sporting prison movies; the team is not a prisoner team, Rick seems to spend more time outside jail than in, and the depiction of the sport is of dubious authenticity. But the sporting clichés remain the same, and the tired old plot lines of an arrogant young man turning his life around under the tutelage of a wise, older man remain very much the same as well. 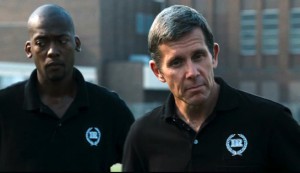 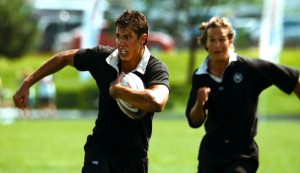