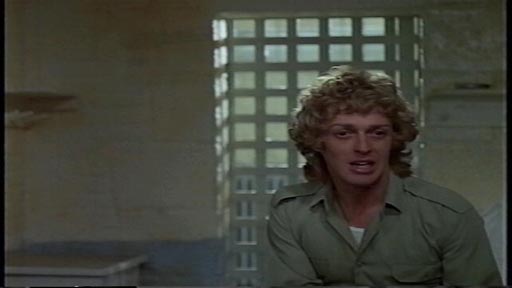 When, in disgrace with fortune and men’s eyes,
I all alone beweep my outcast state…

So starts Shakespeare’s Sonnet 29. But the outcasts in this gritty prison drama spend little time beweeping and much time bringing further disgrace upon themselves.

Fortune started life as a stage play, written by John Herbert (who served some time in Canada in the 50s), and it sadly doesn’t translate all that well to the screen – despite Herbert adapting the screenplay and it having the benefit of being filmed entirely within the Québec Prison.

At the centre of it all is Smitty (Wendell Burton), a first-time prisoner serving six months for a marijuana offence. He’s introduced into a four-man cell which has an ensemble of largely recognisable prison characters: a surprisingly tough drag queen, Queenie (Michael Greer), a handsomely tough Rocky (Zooey Hall), and a meek and not-at-all-tough ‘Mona’ (Danny Freedman) who we presume is gay.

Smitty is new and fresh-faced – and that means he is vulnerable in a prison where, we soon learn, sex equals power and every prisoner knows his place in the pecking order. He watches on in horror as another prisoner is forced into a cell and gang-raped, right under the noses of the disinterested staff, with no-one else trying to stop it, either. “That could be me, ” he says, acutely aware that had Rocky not intervened on his behalf just moments earlier, it would have been. “But it isn’t,” Rocky notes. It’s OK if it’s happening to someone else, because it’s not happening to you.

But there is of course a price to pay for Rocky’s helpful intervention in such matters. He offers Smitty the option, (not immediately understood): “(either give me exclusive rights to you) or you spread for the whole cell block.”  It’s a choice seemingly being offered to every newer, more vulnerable prisoner by a tougher, more experienced ‘protector’.

Smitty becomes Rocky’s ‘bitch’; bastardised and sodomised. That is until, at Queenie’s urging, he fights back – and somehow turns the tables. Within minutes the confident, brutal Rocky becomes Smitty’s sexual conquest and cowed slave – and soon Smitty is also standing over his former ally Mona for sex in a way that very theatrically echoes the manner of his own domination and treatment at the hands of Rocky. There’s little joy in watching the oppressed rise up and become an equally barbarous oppressor.

Now, I’m not saying that prisoners don’t learn to use violence and intimidation from the way they’ve been brutalised themselves, but the chances of prison-novice Smitty doing a 180° turnaround well inside a six-month sentence, shifting from hunted to hunter, and of Rocky surrendering just as quickly, are… remote.

It seems that most or all of the action in the original play took place in the prisoners’ cell, and in the filmed version it’s the action that takes place outside the cell that weakens it. Things such as a sub-plot involving a prisoner, Catsolino, who is whipped by prison staff after making a (true) allegation against Rocky that he was unable to substantiate – and then is beaten so badly he dies and is buried in the prison grounds. Or the complete absence of other prisoners and staff in shower blocks and other common areas whenever Rocky demands that Smitty pay the piper.

Much of the in-cell drama, on the other hand, is hard-edged and credible; the cell politics work more effectively than the jail politics. Queenie is a terrific character, overblown, flouncing around the prison, but never vulnerable. Mona (modelled, it has been suggested, on Herbert himself), providing the moral centre of the film – awfully bruised but not corrupted by the ugliness of the prison around him. And Smitty, learning to survive, but at an enormous cost.

In its day, Fortune was controversial for its honest depiction of homosexuality in prisons, its exposure of brutality and corruption amongst the guards, and its implicit call for prison reform.  The novelty of those messages might be less today, but it remains a confronting look at a prison where strength and intimidation not only rule, but comprise all that the prison is. 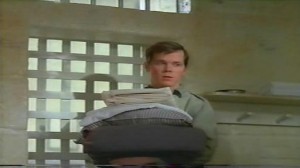 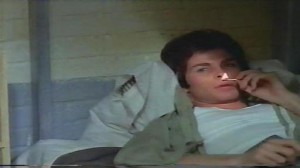