From the Queen to the Chief Executive (2001, Hong Kong) 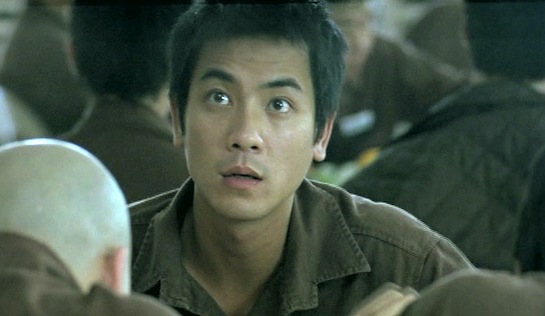 With Hong Kong’s approaching transition from British sovereignty to that of the People’s Republic of China providing an intriguing backdrop, this is an oddly dispassionate film highlighting the plight of 23 juvenile offenders sentenced to be held at Her Majesty’s Pleasure. They are serious offenders who would rather a definite sentence – and a release date – than the uncertainty as to when the Government might choose to release them, and the attendant fear that they might ultimately be treated more harshly than adults under the same circumstances. And they worry whether the elected Chief Executive in the new special administrative region of China will be less benevolent than his British predecessor, Governor Chris Patten, so they push for a decision prior to 1 July 1997.

The film’s initial focus is on a presentable young man, Cheung Yau Ming (David Li), who in April 1985 – at 16 – was part of a gang that attacked a young British couple, with the intent of robbing them. It gets out of hand. The gang’s ‘chief’ insists on all the gang members taking part in bashing the young man to death, and in the rape and murder of the girl, so that they are all culpable. Twelve years on, Ming, a reluctant participant in the crimes, uses his time in Shek Pik Prison on Lantau Island to write.

A young woman, Cheung Yue Ling (Ai-Jing), reads his stuff and is compelled to go and visit him. She is an intelligent, self-contained woman, but has had a difficult past; an unhappy transition from the mainland as a teenager, a violent father, an overly strict mother, and the child victim of the sexual predilections of her uncle – to whom a misguided loyalty has led to her pushing her aunt in front of a lorry. She was never charged, it seems, but was kicked out of home by her mother and for many years since has survived on her own.

She visits Ming, who is also estranged from his family, does not know his real mother, and has not received any visits in over 10 years. And she resolves to seek justice for him, and his 22 mates.

Ling joins forces with elected councillor Leung Chung Ken (Stephen Tang), whom she co-opts and who then wholeheartedly takes up the cudgels on her behalf. Like the others, he too has some major flaws; he is a workaholic who is so busy fighting others’ battles that he bitterly neglects his own wife and young son. He mobilises the families of all of the 23 affected juvenile offenders, leads protest marches and gets their faces on TV and in the papers. Ling reads the graphic detail of Ming’s offences and, shaken, for a while finds it impossible to both support him, and the cause.

It’s a classic case of, “Be careful what you wish for.” Patten, before he relinquishes power, sets a small number of the young men free, and then under new Chinese rule, minimum terms are set for the remainder. Hooray! Except that most are crushed by their new sentences. Ming is given 30 years – the longest of those at Shek Pik – and on that basis resolves to commit suicide to bring further public attention to their plight. Luckily, neither Ming’s nor Ling’s stories end just there.

But something happens and we shift focus midway onto the councillor, Mr Leung, who is a brave and dedicated advocate for the young men despite it being an unpopular cause, who may also be talented, but who is so self-unaware that he is unable to carry us with him. We get so distracted onto his story and his single-minded commitment to helping the other prisoners’ families, that we lose touch with Ming. And Ling.

Watching a minor politician fight a worthy cause while showing a shameful indifference towards his family is not so uplifting. And because of it, we become less invested in the pursuit of a better deal (justice and certainty, rather than light sentences) for the young prisoners. Which is not, I trust, what the filmmakers were seeking. 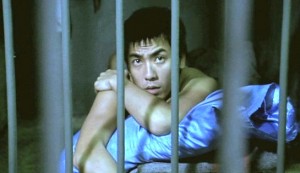 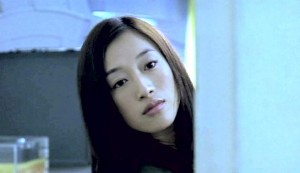 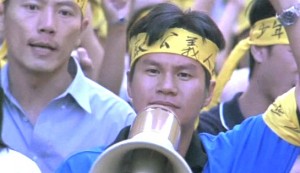 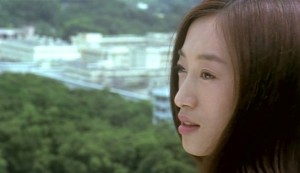