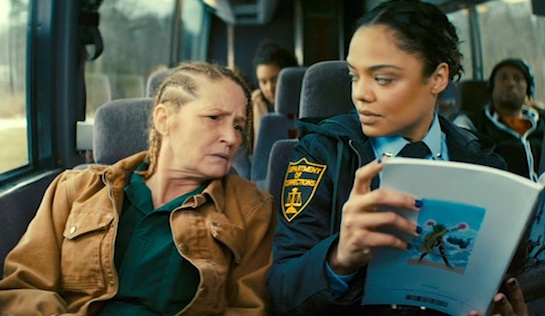 A big hurrah for a film that shows another side of prison life – a prisoner’s escorted deathbed visit to her dying mother – instead of the standard fare of power plays, fight clubs, corruption and shankings. Hurrah! Then the reservations. It’s a comedy, not of the laugh-out-loud variety, undermined by how safe and comfortable it all is; tricky issues are avoided or resolved a bit too painlessly, and awkward prison matters don’t even register. If it weren’t for the shackles, the correctional officer uniform and the obligatory karaoke-singing Warden, you might even forget that it involves a prisoner under escort.

Which is a little odd. Very early in the piece the sister of part-time correctional officer Nicole Stevens (Tessa Thompson) says to her, “I don’t know how you do (your job)… being part of the brutal mass incarceration system.” Which you would think might set the scene for some dramatic tension if the prisoner whom CO Stevens later has to escort to see her dying mother were a (disproportionately-imprisoned) fellow African-American or Hispanic woman who similarly views her escorting officer as an agent of the brutal mass incarceration system. But no, the prisoner, Joan Anderson (Melissa Leo), is seemingly a legitimately-detained white armed robber from a privileged background who has not been brutalised by the system… and the issue of mass incarceration is neatly side-stepped, never to raise its head again.

Notwithstanding that, things naturally don’t go as planned on the trip; otherwise there would be no story. Nicole is a novice, keen to prove herself and so earn a permanent position. “I own you,” she tells Joan, most unconvincingly; she has clearly absorbed too many films involving power plays, fight clubs, corruption and shankings. This need to show herself to be assertively in charge provokes much mirth in Joan, a seasoned prisoner who of course engineers things throughout so that she gets to do everything she wants… even while dressed in prison garb and shackled.

They are forced to use public transportation from upstate New York because a “(prison) limousine (is) not available”. After a bus trip, the scheduled train from Long Island is delayed; they have time on their hands. The shackles and handcuffs are soon seen as unnecessary encumbrances and are removed. To fill in the time, they grab a bite to eat, go to a hairdresser to get Joan’s cornrows taken out, and drop in on an addiction recovery centre (at which Joan finds a sex addicts’ group, naughtily sneaks off from it and has a quick fling with a veterinarian who happily falls off the wagon). After tracking her down, Nicole has two options: report the escape and jeopardise her own chances of retaining any sort of job, or complete the task and act as if nothing happened. They press on towards Joan’s mother.

The film’s running joke is that not only does Nicole have to manage Joan on the escort, but also her diabetic, exorbitantly dependent mother (Whoopi Goldberg), from whom she receives a constant stream of phone calls and texts while trying to work and maintain control of her prisoner. If the joke makes you forget that these are a prisoner and her correctional officer, and see them as two ordinary people both held hostage by difficult mothers, I guess that’s not a bad thing.

Yet there are a number of technical unorthodoxies in the conduct of the escort that continued to trouble me throughout, quite apart from things such as taking the shackles off in places where it is riskiest to have them removed (accepting that without this, there would be fewer opportunities for the humour that disaster brings). And also leaving aside, on the same basis, the question of whether an inexperienced but conscientious correctional officer intent on doing things by the book to prove her worthiness is likely to take any risks at all…

For example, I don’t know if it is accepted practice in New York State to escort a shackled prisoner in prison uniform on foot through the streets of New York, but if it is, why would you then dress him or her in a one-piece jumpsuit which makes toileting almost impossible (unless you remove the shackles)? Is it also accepted practice to have a prisoner and her guard share a hotel room (albeit in twin beds) overnight? Is it at all feasible that a correctional officer would ever leave a sleeping prisoner in that hotel room, rather than take them with them to do whatever they needed to do outside the hotel? And so on. A little troubling, no?

But the film is really about mothers; domineering, controlling mothers who might explain a child’s emotional battles which lead to substance abuse and crime, and demanding mothers who hold back their children from growing up and living their own lives. And it’s about people realising their potential, and taking gambles to achieve better outcomes. And how people’s humanity triumphs over all else. And the importance of hope.

All the stuff of light comedy… and it’s reasonably diverting. Just don’t come here looking for some witty, sardonic commentary on prison limousine deployment, or mass incarceration. Or the eulogisation of mothers. 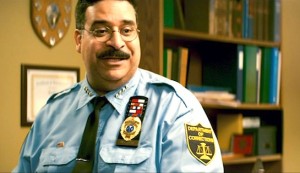 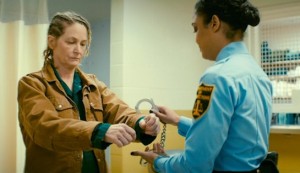 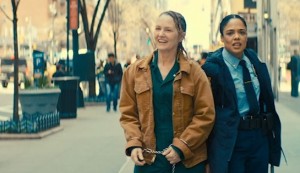 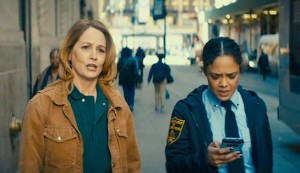