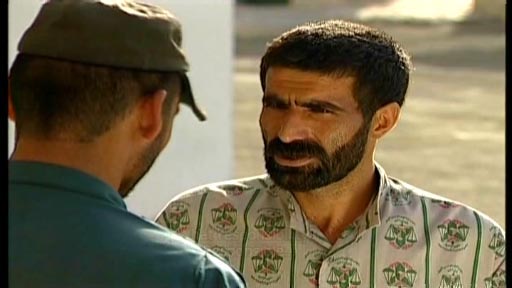 It seems that this is a faithful recreation of a true story featuring real prisoners playing themselves. It brings a different meaning to ‘all the events, names and characters are real’.

Ali-Reza Shalikaran is a damaged, troubled soul. Something of an outcast. At 34 he has been in jail for 16 years, with a long line of convictions for theft dating from when he was just a boy escaping from an abusive father. He regularly gets himself into trouble, breaking the prison’s windows. He finds it hard to function in jail, and has very poor prospects outside it. His mother is also in jail.

Despite all of this, the director at the Bojnoord Prison is sympathetic. He suggests that Reza might settle down if he had something to look forward to. A wife. Reza laughs; what hope has he of attracting a wife, from jail? The director calls in Reza’s mother and gives her the task of finding someone suitable for her son from amongst the women prisoners. It’s a job she takes on diligently.

She selects Fatemeh Bijan, a ‘respectable’ youngish woman in prison for life for a drug offence. Fatemeh is warned off him by relatives, but after one awkward meeting, decides to marry him.

The wedding is a joyous occasion. The newlyweds are granted weekly conjugal visits and soon Fatemeh falls pregnant – which is not a bad thing for her, as once the child is born the authorities are able to commute her sentence. She and her new son, Amir Hossein, are soon released, and Reza follows her seven months later.

They have modest goals, modest hopes, but life on the outside is tough.  Reza wants desperately to provide for his family but is unable to find work. He is ill-equipped to deal with setbacks, despondency. Inevitably, he returns to thieving and finds himself back in jail.

It is a simple story, remarkably told given the background of the actors. It is slow moving, with uneasy silences, little action, but punctuated by occasional moments of anger or laughter or significance; its rhythm a lot like serving a long sentence.

It’s melancholic, fatalistic, authentic… and very watchable. It also features possibly the only matchmaking warden in prison film history. Or prison history, for that matter. 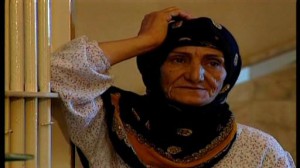 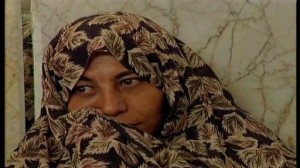