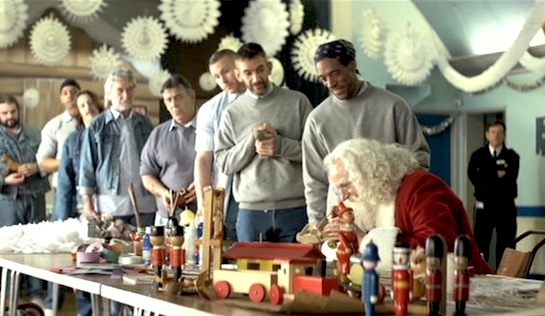 I confess I’m not the biggest fan of all things Christmassy – including, it must be said, Christmas movies. Or rather, I’m not much of a fan of the notion of Christmas movies, because I don’t think I’ve ever watched one from start to finish. Until this one. Which I rather enjoyed.

They seem very strange bedfellows, prison movies and Santa movies. Which gives this film, which throws them under the bedsheets together, a quirkiness that is a little endearing. At least, I found it endearing, watching it as an adult. What kids make of it I’m not so sure – given that the man chosen to rescue Santa and save Christmas is a convicted felon (a just-released parolee who was a driver of a getaway car), and with every adult proclaiming that the real Santa must be a con-man because he doesn’t exist. Then, maybe the kids are distracted enough by the constantly farting reindeer and Santa’s sticky-reindeer-poo gun to not worry about it.

Rafe Spall plays Steve Anderson, the parolee who is caught between wanting to be a better, more dependable father to his son, Tom (Kit Connor), and his need to meet his stringent parole conditions set by his merciless, toad-loving, mince-pie-eating parole officer, Ruth (Joanna Scanlon). And, if you can be caught between three things, his happily irresponsible nature.

Young Tom discovers Santa in the shed in his backyard after Santa (Jim Broadbent) has crashed his new sleigh. He immediately tries to enlist the help of his dad, but Steve is on the disbelieving side of sceptical. None of the clever adults, of course, believe that Santa is Santa, and he finishes up being thrown into Lambeth Prison (played by the glorious old Lancaster Castle prison) after trying to recover his reindeer by jumping the fence of the Battersea animal shelter. The strife-stricken Santa duly places his faith in Steve, choosing him to get him out of the pickle he’s in and, with Christmas nigh, to save Christmas for children across the world.

Prisoner Santa is coached to survive in jail (at Steve’s urging) by the prison barber (Stephen Graham), who plaits his locks and his beard, tells him to use the moniker ‘Bad Jimmy Claws’, and tries to get him to toss in his general jolliness and replace it with a few tough moves. Santa wins the prisoners over after being asked to play himself for the prison’s kids’ Christmas party… and by demonstrating his exceptional Santa-skills in making decorations and painting toys at furious pace.

Meanwhile, Steve chooses to defy his parole officer, throwing his lot in with his son (who never wavers in his certainty about the man in the red suit’s true identity) to rescue Santa at the risk of returning to jail (and the parallel risk of incurring the wrath of Tom’s mum, to whom he was supposed to return him hours earlier), but redeeming himself in Tom’s eyes. They are assisted, it must be said, by Dasher (not credited, sadly), the most intelligent of the reindeer and the only one who does more than fart. It’s a race against time to spring Santa so that he can still deliver toys to all the Northern hemisphere kids… those in the Southern hemisphere having missed out, it seems.

Get Santa is very entertaining, with a gentle humour and possibly the most benign prison you’ll ever see. There are plenty of Christmas goodwill messages, of course, but the prison-related messages are pretty solid, too: principally that even the most hapless of prisoners has good qualities that most don’t see, but on account of which they can be trusted to make important contributions to the community. At one point Santa, to prove his credentials, goes from prisoner to prisoner, reminding each man of a wish that he made to him as a child. Tragically, all of those wishes ended unhappily due to poverty, family breakdowns or peer pressure; the same sorts of things that so often lead men (and women) into contact with the criminal justice system and to prison.

You don’t expect Father Christmas to give out messages about the potential of children being cruelled by disadvantage, while also noting that the potential of adults caught up in the prison system often goes untapped. Or at least I didn’t.

It’s hands down the best Christmas movie I’ve ever seen. 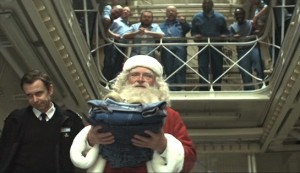 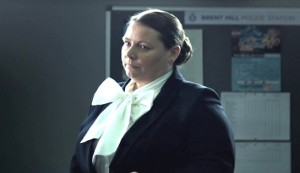 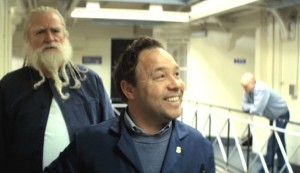 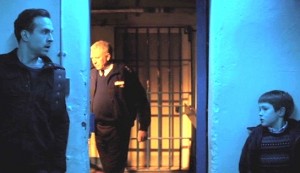