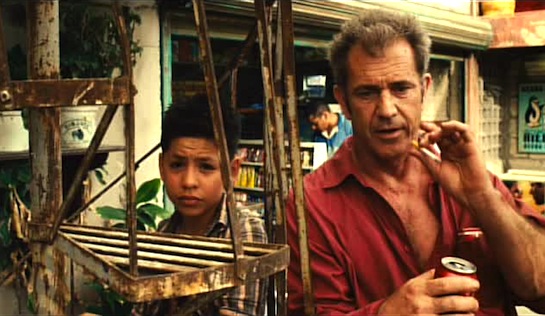 It’s a bit hard to separate any movie involving Mel Gibson from the ranting, wife-beating, homophobic anti-Semite that the star (and writer) of Get the Gringo has shown himself to be. Allegedly. As a result, I wasn’t much looking forward to this film. Nor am I a fan of the action genre, as I may have said previously; ad infinitum. But this is surprisingly watchable. Enjoyable, even.

Gibson plays a career criminal (known only as Driver) who steals $4 million from a Las Vegas crime boss, and then crashes his getaway car on the Mexican side of the border with his co-offender bleeding to death in the back seat. The Mexican Police find (and pocket) half the money and throw Driver into the sprawling, ramshackle Tijuanan prison ‘El Pueblito’ (literally ‘the Village’) on a nastily trumped-up charge of buying Valium without a prescription.

El Pueblito is indeed a little city, in the manner of some of the extraordinary South American jails you read about in books like Marching Powder. Some families live inside the walls, and are apparently free to come and go. There are traders operating out of makeshift stalls, and prisoners living in makeshift shacks. There are no discernible cellblocks. But it is tough, too; all the influential inmates have guns, money can buy everything – from guards to heroin – and the prison is effectively run by a wealthy crime boss, Javi (Daniel Giménez Cacho) and his family. Luckily, Driver is a natural scammer, and has no difficulty adapting to his new surroundings.

It helps that he forms an early alliance with a streetwise 10-year-old boy (Kevin Hernandez), who guides him through the prison’s politics. The kid’s parents were both sent away for 15 years on 3kg worth of drugs charges; his father has since made his wife a widow, having been found to not only be a match for Javi’s rare blood type, but a suitable (if unwilling) donor of a liver for him. The kid is assured of the protection of Javi’s men who know that he, too, is a perfect match and see him as the supplier of their boss’s next liver.

Driver’s mission then becomes threefold; he must recover all the loot from his heist, rescue the kid from being made to follow in his father’s transplant-donor footsteps and, of course, escape. Oh, and avoid being killed by the henchmen sent by the Vegas crime boss, or by any of the others wanting to get their hands on the missing millions. Those four things… plus take care of the kid’s not unattractive mother (Dolores Heredia); that makes five.

This is one of those movies where you find yourself mindlessly cheering on a ruthless out-and-out criminal, partly because he might not be as ruthless as first thought, and partly because the ruthless men to whom he is opposed are arguably worse than he is. Gibson plays it beautifully: heroic but heroically flawed; his Driver is tough, cool and resourceful. And charming.

Aside from the charm, there is plenty of action and gunfighting and narrow escapes and bad guys getting shot and good guys not getting shot. Just as importantly, it is set in a vibrant, exotic prison (even if the Ignacio Allende Prison in Veracruz, where it was filmed, was turned into a shantytown just for the movie, somewhat compromising its authenticity); it’s not every day you see a prison – or indeed a movie prison – (unless you live or work in one of those South American  jails) with men and women and families and booze and guns and torture and cigarette-smoking 10-year-old boys…

It’s good fun. But the moral of the story? – Crime does pay, apparently. 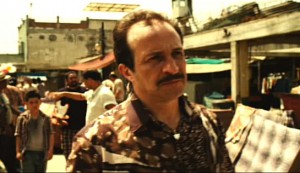 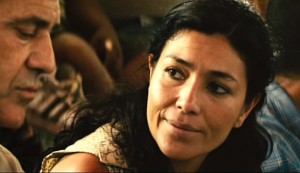