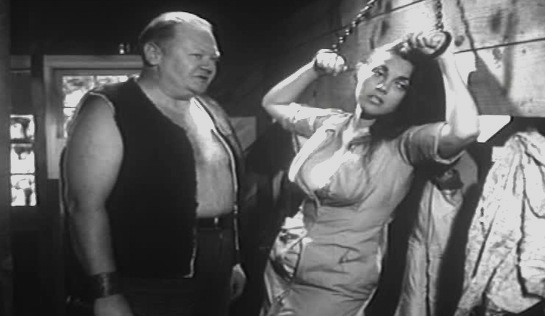 Jean Rollins (Julie Ange) is a post-grad student passing through a small southern town (on a voter registration mission) with two Yankee friends – the white Ted Branch (Ron Segal) and the black Audie Dixon (who would appear not to be credited, which is a bit troubling in itself; perhaps he ran off with the producer’s wife). Two racist, sexist, corrupt Deputies stop and arrest the trio at gunpoint for speeding, and bring them before the racist, sexist, drunk and corrupt Sheriff Sonney Lew Wymer (William Watson), who demonstrates an impressive array of human rights abuses before fining them $150. When they leave he has them followed and then framed on immorality charges after the students improbably prolong their time in the town by stopping for a drink. Not sure they’d be quite that dumb.

They are hauled back before the Sheriff and are detained in custody. After more abuses Ted and Audie decide that escape is the only way out alive, punting that their cell door being left open is not a trap. They are wrong. Audie is shot dead. Ted is wounded and dies of multiple snake bites after a snake is repeatedly thrown on him after he has collapsed from his injuries. Jean is raped by the Sheriff, but at the trial (at which she is represented by the Sheriff’s uncle), the local doctor testifies that he found black-coloured sperm and white-coloured sperm which directly matched that which he took from her two dead colleagues, plus sperm from two others, which proved that she was being prostituted. Or was a nymphomaniac; take your pick.

Jean is found guilty and sentenced to 90 days at Clyde Fuller’s farm, where – after being propositioned by Mr Fuller upon arrival (there seems to be a theme, here) – she is added to the chain gang which is made up entirely of African-American men. As luck would have it, on her first day the man she is chained to, Tom, escapes, dragging her with him. Tom manages to break the chain that links them, but after being tracked down he is shot and killed, the very nasty Bible-quoting Sheriff dies mysteriously (possibly of karma) in their pursuit, and Jean apparently succeeds in stumbling upon a non-corrupt outsider to take her to safety.

Admittedly the Yale-educated Ted is a real tosser, but it’s still hard to enjoy a film based entirely around the unrelenting abuse of power and the degradation of people at the end of a gun, or a baton, or through rape. Marketed these days as ‘a shocker’, it’s certain not to breach any false advertising legislation. 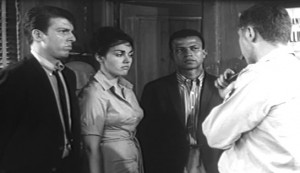 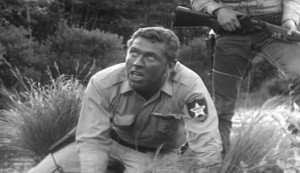