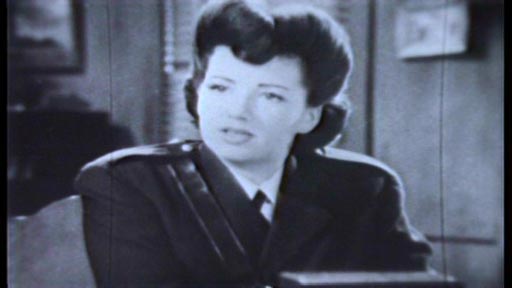 An awfully pedestrian movie in which the Good Guys triumph over the Baddies. Hooray! Not to be confused with several ‘Women in Chains’ or any ‘Schoolgirls in Chains’ movies. Confusingly, though, none of the girls are in chains (not even after what might be the softest riot on film, ever) and few, if any, are still girls.

Helen Martin (Arline Judge) is a dedicated teacher who keeps getting sacked from school posts because her sister is a gangster’s moll and the School Boards are concerned for their schools’ reputations.

She takes a position at the County Correction School – a girls’ reformatory – only to find that like everything else it is effectively run by her sister’s racketeer husband, Johnny Moon. Johnny is untouchable and has just beaten a Lay Down Misère murder charge, presumably having nobbled the jury.

Miss Martin gets cracking, winning the women over. But as soon as she starts to offer real rehabilitation programs (like dressmaking classes) the Superintendent and his cronies, who have all been siphoning off funds intended for the prison (diverting them away from things such as health care so that young women are dying unnecessarily), see their future income threatened and run to Johnny. The good, honest Miss Martin, who hates her brother-in-law with a passion, promptly has her authority undermined and her decisions countermanded by her corrupt colleagues.

But she has support from the equally decent (and handsome) Detective Frank Donovan, who is intent upon putting Johnny away for good, and together they seek to get enough evidence to make some charges stick. Miss Martin steals incriminating papers from the Superintendent’s unlocked filing cabinet in his unlocked office (he’s crooked, but not too smart) and the two good guys plan to take this new evidence straight to the State Governor.

Before they can, Johnny slips up, or his thugs do. His chief sidekick had been instructed to toss a permanently sozzled elderly man, Lionel Cleeter, into a huge dam after Cleeter witnessed Johnny kill his just-released convict girlfriend, who clearly knew too much. Cleeter had been a teetotaller until he got sacked from his city job that he’d held for 20 years for opposing the wife of the corrupt mayor (coincidentally in supporting Miss Martin’s appointment to the Corrections post), and had been making up for lost time. Cleeter’s drunken antics are supposed to provide comic relief; they succeed only in being irritating. Anyway, he miraculously survives the fall into the dam, tells the coppers and Detective Donovan sends his boys around to arrest Johnny.

It all ends happily. Detective Donovan shoots the escaping Johnny in the back and kills him. The mayor goes down on corruption charges. And Miss Martin is installed as the new prison Superintendent. To see the beams on the faces of the staff and prisoners on them being told of her promotion is a joy to behold. If only Frank had proposed to her, or if one of the women’s extraordinary hairdos managed to talk, the ending would have been just perfect. 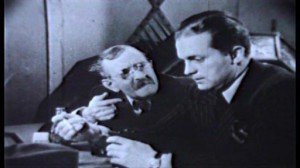 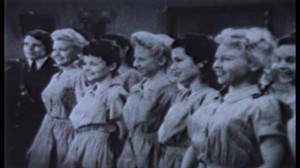