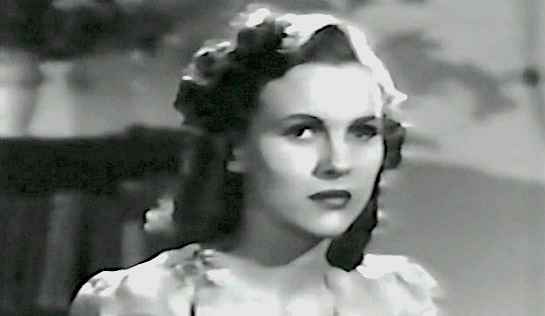 Up until this film, ‘Big House’ had always conveyed the notion of a ‘penitentiary’ to me. I now know that ‘Big House’ can also mean ‘big house’.

Jeanette ‘Ginger’ O’Neill (Lynne Roberts) is the 22-year-old daughter of an Ohio college professor, trying to make a go of it on her own. She dates a dodgy theatre man, Earl Williams, but on this particular night out tells him that she never wants to see him again. No sooner is that done than a man accuses her of stealing his wallet when she was dancing with him, and the attending police find his wallet in her handbag; Earl guiltily disappears into the night.

She tells the police that her name is Jeanne Crail, and – despite protesting her innocence – pleads guilty to the charge rather than have enquiries made of her home town. Why she doesn’t tell the police everything she knows about Earl Williams, drop him in it and head back home is the great mystery of the film. Instead, she cops a year in jail. Awaiting the arrival of the train to take her and ten other women to prison, she and another prisoner, Bernice Meyers (Virginia Christine), get permission from the escorting matron to pop into a coffee shop, where Bernice’s beau, Smiley, is waiting. That they are not constrained from seeing him (by mechanical or other means, such as the matron saying, ‘No’) is another mystery.

Anyway, all 11 women somehow make it to the prison. It is one of those comfortable, rambling ‘sorority’ prisons, like that in Convicted Woman (1940) – with lots of singsongs in the lounge and cells that are big enough to have an ante room. Most of the rooms – including the one which Jeanne and Bernice find themselves sharing – don’t have bars on the openable windows.

Jeanne is a little stressed. She tries to smuggle out a letter through the good hearted doctor, Dr Gale Warren (Mary Newton), who quite properly refuses. Everyone assumes that she’s trying to contact Earl, even when she escapes through that unbarred window. Instead she goes straight to her widowed father’s place, to be there for his ordination as President of Armstrong College, and catches up there with an attorney, Barton Sturgis (Richard Powers), who has carried a torch for her for some time; she promptly makes arrangements to catch up with him the next day, knowing that she will stand him up as she will be at the post office, arranging for a year’s worth of letters to be sent to her father, one week apart, and will then surrender herself back into the prison.

The mood upon her return is sombre. A woman on death row, Alma Vlasek (Tara Birell), is waiting for a reprieve, but things don’t look good. She had killed a detective while lying in wait to catch her cheating husband and his new love interest. She is more troubled by not knowing who the girl was than the fact that she is due to hang. The other women are busy trying to smuggle her a knife so that she can effect a last-minute escape. A knife is stolen from the kitchen, and Jeanne is required to pass it on to Bernice, who is tasked with getting it to Alma.

Meanwhile, Bernice has discovered Barton’s name on a discarded letter Jeanne had started writing to him, and she now writes to him, telling him that Jeanne needs him. The problem is, he doesn’t know a Jeanne Crail, but he starts investigating… and even attends the prison to see if he can unravel the next mystery.

He is beaten to visiting Jeanne by the snaky Smiley, who knows that Bernice’s pretty cellmate will be out soon, and is keen to catch up with her when she’s out. Jeanne is aghast, but not as aghast as Bernice, who spies the two of them together in the visits centre, and assumes the worst. Back in their room, they fight; Bernice is armed with the knife that was intended for Alma. In the struggle, the knife falls out the open window; neither is killed. Both the Superintendent, Mrs Holt (Norma Varden) and Head Matron Marsden (Geraldine Wall), pressure both women to reveal how the knife was smuggled out of the kitchen. Jeanne, the non-criminal, refuses to say anything. Bernice turns stoolie, and claims that Jeanne took it. Both head off to solitary, where they are placed alongside Alma’s death row cell; Bernice for her own protection, with arrangements made to make her as comfortable as possible.

Alma is fortunate enough to receive the knife that had dropped out the window. She feigns illness, and the doctor is called; all according to plan. But Alma has earlier spied, amongst Bernice’s belongings moved with her to her cell, a photo of Smiley. She now knows the identity of the woman with whom her husband was cheating. She elects not to escape. Bernice is stabbed. Barton meanwhile receives word that the con-man Earl Williams has been picked up, using the same ploy as he used with Jeanne, and the DA has arranged for a full pardon (her escape doesn’t seem to attract any penalty on its own). Except that Bernice is now dead, and Jeanne is the only suspect… until Alma hands over the knife and reports that Bernice threw it to her after stabbing herself. Job done. Happy ending.

It must be said: the big house is an exceedingly comfortable one. It’s large and has its snitches, but the women are largely amicable and the matrons decent. My copy of the film contains a blurb that suggests that Jeanne is ‘sent to a tough women’s prison.’ That’s not altogether accurate; a tough women’s prison would have only one lampshade per room and would have put her in a room with barred windows following her escape.

It is also the only time of which I am aware that a prosecutorial body, or anybody, without receiving an application, initiates a pardon for a prisoner who has pleaded guilty to a charge, simply on the basis of someone else being arrested for a similar crime. At least in a prison movie; I’m sure it’s been done by several Presidents of the United States. 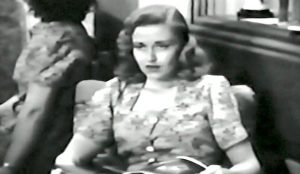 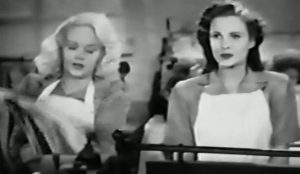 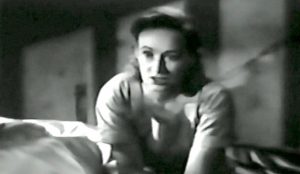 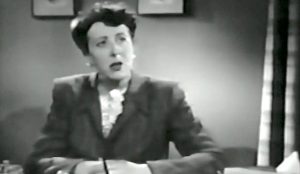 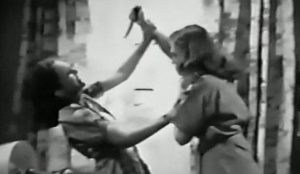 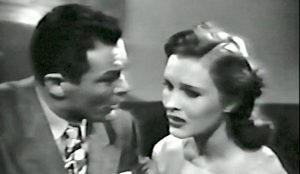