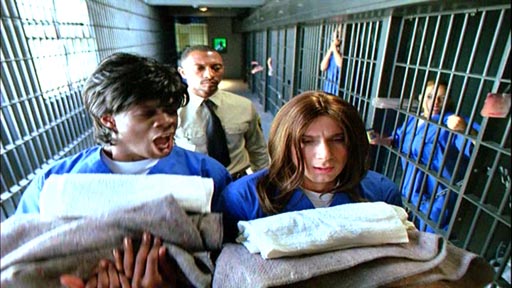 Definitely one of the sillier prison comedies, but not the worst.

It centres on odd-couple best friends Jackson (Pras Michel of The Fugees) and Rome (Michael Goorjian), who are contemplating just how they will be shot by a gangsterish loan shark to whom they owe money, when Rome sees his numbers come up on a $10 million lottery. Within minutes a beautiful gun-wielding robber, looking for a piece of paper on which to write a telephone number, takes the winning ticket from him, and swallows it as she’s led away by Police. Naturally, the men decide to dress up as women and commit a minor felony to get them into the same jail as the robber and steal the lottery ticket back. As anyone would.

Things don’t quite go to plan when the elderly victim of their purse-snatching effort dies, and they pick up 15 to Life. But their luck changes (a bit) when they are saved from being found out during the strip search on reception into the women’s prison through the intervention of the Warden, who sees Rome (now Romie) as the reincarnation of his late wife. For two blokes who owe enough to a loan shark to be ‘put off’, they are surprisingly un-streetwise (think Stir Crazy, with which it has much in common aside from the black and white co-stars), and stumble from tricky situation to tricky situation as ingénues are wont to do. Just about every prison movie cliché is included – even a rape-scene-in-the-showers spoof.

As in Stir Crazy and Lucky Break, the messy moral questions surrounding properly-sentenced prisoners escaping are conveniently ignored in the quest for a happy ending. If you can put such matters aside and don’t get distracted by assessing the likelihood of the Warden wining and dining a prisoner with a prison guard waiting on them, or Jackie (the erstwhile Jackson) grabbing some cell keys without anyone then looking for them, then you may find this to your taste. I think I prefer my comedy where you don’t have to suspend disbelief entirely. 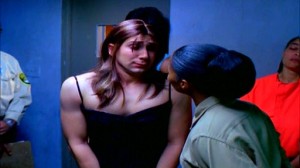