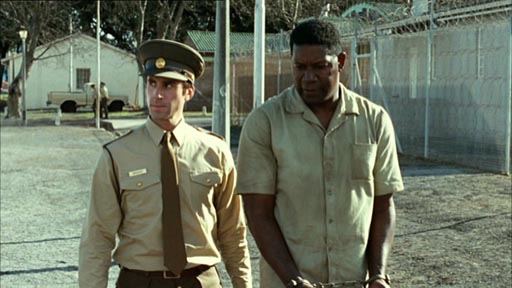 Based on the apparently unreliable memoir of prison officer James Gregory, this film sets itself a tough task: to provide a credible account of Nelson Mandela’s relationship with a white, apartheid-supporting guard during his last 22 years in prison, while giving precious little air time to Mandela’s perspective.

It’s South Africa, 1968. Gregory (Joseph Fiennes) is the star of the show. On arriving with his family on Robben Island, where Mandela (Dennis Haysbert) is imprisoned along with scores of other black political prisoners, he is immediately asked to take on the role of chief censor. Somehow his bosses have been tipped off about his fluency in the Xhosa language, learned as a child, which they want him to use in monitoring what the prisoners say and write, and by reporting any political stuff to the Government. It doesn’t seem to be too onerous a job, as all the D-category prisoners are allowed only one letter every six months, and fewer visits.

No disrespect to prison officers, but the fact that both Gregory and his ambitious wife have movie-star looks does make it harder to accept that he is a battling screw. But Gregory is as zealous a supporter of apartheid as his job requires him to be, and one cannot but wince at his and the regime’s treatment of the black prisoners, even though the brutality is fairly understated.

But then this avowed white supremacist strangely starts to question his own world view. His daughter witnesses some black women being beaten by Police and observes, profoundly, that it doesn’t seem fair. Mandela’s son dies in a car crash and Gregory wonders whether he was murdered on the strength of information he passed on to authorities, while at the same time he is struck by Mandela’s dignity in grief and the heartlessness of a colleague. Then, in a very unlikely series of moves, he riskily cons his way into seeing a copy of the ANC’s banned Freedom Charter, steals it and realises that it doesn’t advocate the slaughter of whites after all! And, to top it off, he improbably agrees to traffic some chocolate from Nelson to wife Winnie after a rare visit. Even more improbably, after it becomes public and he is rudely ostracised by his workmates, his boss gets censured and moved from Robben Island while he gets to stay, retains his rank and keeps the Mandela portfolio.

As the years pass Gregory is asked to oversee Mandela’s transfer to the Pollsmoor Prison, and then to the low security Victor Verster Prison, ahead of his eventual release in February 1990. The chief difficulty is that throughout all of this we get to hear relatively little from Mandela. We see him being stoic and decent and possessing a forgiving spirit, but it’s hard to appreciate fully the impact that he would have on those around him. We see more of Gregory’s family life, and perhaps are meant to infer that with a materialistic social-climbing wife he would naturally turn to weightier, nobler issues and want to be part of history.

In many respects this is not a prison film. It’s a watchable film about the making of history, where the two main characters just happen to be a prisoner and his guard. It seems churlish not to respond more positively in the face of such a worthy subject, but sadly neither the bond between the two men, nor the expostion of it, are overly convincing. 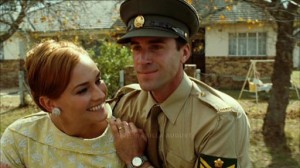 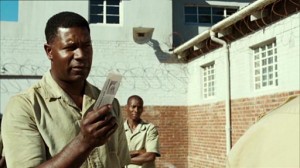