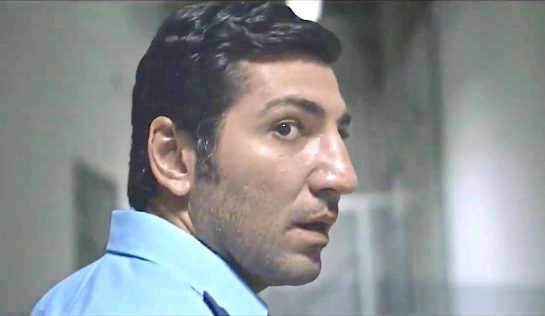 I’ve watched 700+ prison films (or films with a fair chunk of prison in them) and not one has featured a prison guard whose job it is to read incoming and outgoing mail and censor it. Until this one. It’s delightfully unusual. But I also found it one of the hardest to watch.

Zakir (Berkay Ates) is 30 and a new guard at an Istanbul prison. He shows some aptitude in his training course in deciphering code words in a letter and is deployed to the censors’ office, where it’s his job (and that of two others) to read every letter and scribble over any offensive words (like any suggestion of mistreatment, brutality or unfairness, or any high falutin’ words they don’t understand).

Outside of work, Zakir fancies himself as a writer and attends evening classes in creative writing. There is a delicious irony in him creating his own fiction at nights after spending all day extinguishing others’ written truths.

He is given some homework in class to pick a photo and write a story about it. Enclosed in an incoming letter at work he finds a photo of the addressee, Recep Koyuncu (Baran Babacan), his intense and unhappy-looking wife, Selma (Saadet Aksoy), and his father (Kevork Türker), seemingly taken after Recep’s arrest. Zakir pockets it and takes it home to write about it. His story is later praised in front of his class and as a result he attracts some attention from a nurse in the same class, Emel (Ipek Türktan) – attention which we suspect is unusual; he is quiet, unworldly, and lives at home with his widowed mother (Füsun Demirel). He seems not to even have a key to his own place.

Whether it’s just his fertile writer’s imagination in search of more drama, or he is just besotted with the mysterious Selma, or his investigative skills are enlivened by the detective novel-loving Emel, or there’s something really amiss, he convinces himself that there is much more to Selma’s story. In doing so he relies upon the smallest pieces of inconclusive evidence: a hand on Selma’s shoulder in the photo that could be either her husband’s or her father-in-law’s, an unusual undergarment glimpsed when she is being searched, the absence of Recep’s mother, the fact that the father-in-law (from whom Selma seems to shrink away) is always in attendance when she visits, her smouldering miserableness.

He convinces himself that Selma is pregnant to her father-in-law, is concealing it from her husband, and is in danger. He becomes obsessed by her situation. His waking hours become totally consumed by it. At work he is constantly on the lookout for the next letter, the next clue. He stalks Selma in the visit centre, on visit days, on a bus. He spies on Recep, listens to his recorded communications with his wife, reads his file. He is so entangled he is pretty much oblivious to Emel’s interest in him.

He is so creepily fixated and distracted that one of his colleagues, Kenan (Erdem Senocak), is sure he’s crossed some boundaries… he just doesn’t quite know which ones. But Zakir won’t leave it alone. He convinces Emel to go to Selma’s house on some pretence to snoop around… and then reveals himself as a massive ingrate when she delves no further when he thinks she could have. When a new conjugal visit program is introduced and he knows that Selma and Recep are on the list, he goes to one of the new suites and checks out the bed… and the emergency alarm button. It’s urky. Unsettling.

It’s an unsettledness that is clearly meant to carry over into the film’s subtextual commentary on the increasingly authoritarian approach of the Turkish regime. Zakir’s meddling in the lives of private citizens is much more than dutiful; he is an agent of the Government intruding in people’s lives unjustifiably or over-zealously (perhaps both). It’s as if he were a guard who enters into a relationship with a prisoner; you just want to cry out, “Stop it!” But Zakir is not listening.

I struggled with it’s ending, but the film captures the humdrum, day-to-day rhythm of a prison and its characters, (if you take Zakir out of the equation), perfectly. And gets bonus points for being like no other prison movie I can think of. 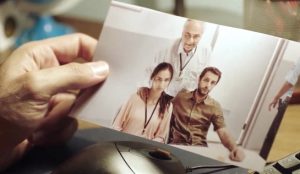 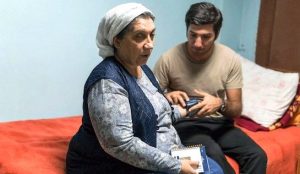 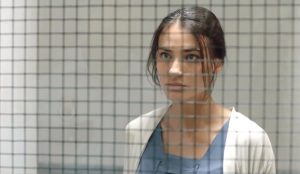 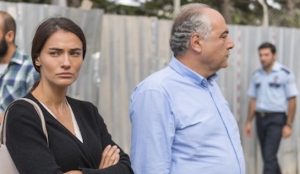 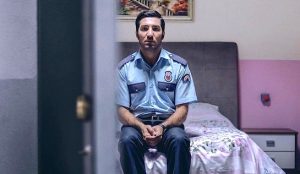 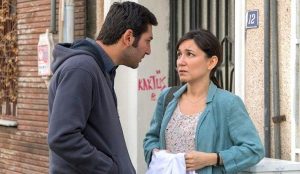