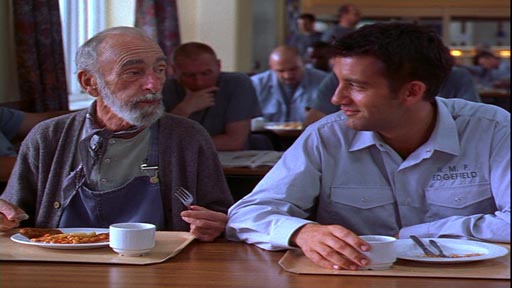 Based on the true story, apparently, of some award-winning prisoner gardeners, this is a cut above the average prison comedy.

Clive Owen is Colin Briggs, a morose, withdrawn lifer, unable to forgive himself for killing his brother, and who is transferred after 15 years to an open prison.  There he unexpectedly finds that he has a skill and a passion for growing things, and with his gardening gang manages to attract the attention of a celebrity gardener Georgina Woodhouse (Helen Mirren).  Briggs blossoms; his skill is acknowledged, he gradually opens up to his fellow prisoners (including Fergus, his elderly dying cellmate, played beautifully by David Kelly) and falls in love with Woodhouse’s daughter.

Ultimately the gardeners get to submit an entry into the prestigious Hampton Court Palace Garden Show, but the path to that point is far from smooth.  It’s a gentle comedy which touches upon some of the difficulties that beset open prisons (the susceptibility to adverse public opinion when things go wrong, for example), and which sends a strong message that prisoners can be reconciled with the community (and indeed their own families).

Setting it apart from other prison comedies is that it can’t rely on stereotypic cellblock dynamics for any of its humour; nor does it involve one transvestite or ‘Bubba’ character.  It does, however, get to deal with issues around acceptance of prisoners as part of the community and the adjustment difficulties faced by newly released prisoners.  And it’s refreshing to see a depiction of prison life that doesn’t involve maximum security regimes, riots, rapes, break outs or corrupt or brutal officers. 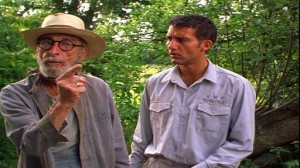